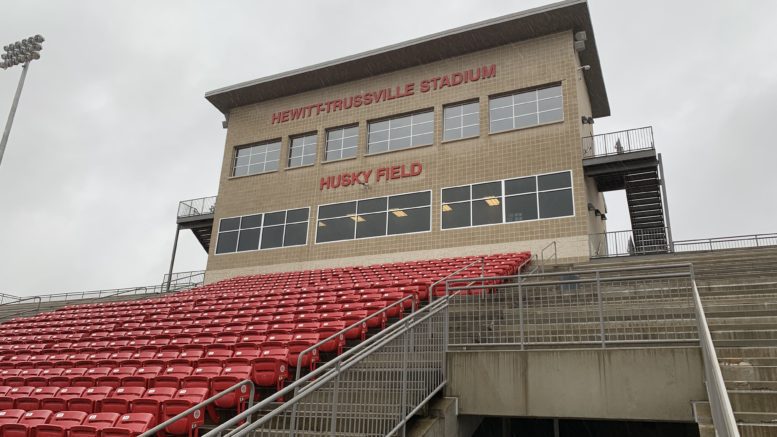 It’s no surprise that I LOVE stopping at various high school football stadiums around the nation and snapping photos. Hence, we have a Stadium Project.

About a year ago, I found someone that has the same passion and hobby. His name is Chris McCreless from Alabama.

I found Chris when he tagged @HSFBamerica on Twitter during his tour around Alabama. Chris had a simple goal — take video of every high school football stadium in Alabama.

I love HS fball. I’ve decided to start a journey to visit and post pictures of all football stadiums in st of AL. Please share any stories or comments if I post your school. Retweet so someone that doesn’t follow me may see it. I will drop 1-2 schools per day.

I liked his passion, so we started retweeting his passion. Then, in late July, Chris and I talked about how I could showcase his work.

Today’s column is the start.

Below, Chris describes in his own words, why he began criss-crossing the state of Alabama, and then ventured into northwest Georgia.

As the season moves along, High School Football America will be sharing his work with our readers. In addition, we’ll be partnering with Chris and Prepsnet.com to name Offensive and Defensive Players of the Week in Alabama.

We’ll have more on that next week.

Attn: AL HS Football Coaches:
Here’s the final draft for my AL Player of the Week T-shirts. I know not all players have Twitter accounts, so coaches, please feel free to send me stats over the weekends following Friday night games for any players that you would like to nominate. pic.twitter.com/tIQZDsMjzI

In the meantime, I asked Chris to name his favorite stadiums/fields…and you can find his answer below, along with some detail on why he does what he does.

Happy Friday Night Lights to all!!

Chris McCreless’ Story in his own words

I have always had a love for high school football. About sixteen years ago, I made the decision to venture outside my comfort zone of Sand Mountain (2A-3A) and watch “bigger” football.  I chose to attend the Etowah vs Gadsden City game. It was Gadsden City’s first football game since the combining of three high schools to create what is now Gadsden City High School. That trip triggered an even greater love of high school football and made me want to venture farther across the state watching Friday night games.

All of this led to a greater passion that meant more time spent with my oldest son. He was eleven-years old when we started the tradition of sitting down before the beginning of the season and picking out each week’s game that we would attend. That’s a tradition that has continued for sixteen years straight.  Together, we have travelled much of the state, and we continue to go to games each week to this day.

High school football has played a huge role in mine and my wife’s relationship.  A Facebook message about the television show “Friday Night Lights” led to us dating. Three years later, we were engaged on the opening Friday night of high school football season. When Covid hit last year, my wife and I did quite a bit of getting out and riding around. We would pass many football stadiums on these drives. That led to a conversation about how much I would like to lay eyes on every football stadium in the state. Thus began our journey across the state of Alabama. My wife enjoys high school football as much as me, so she was in agreement of making this happen.  She became the photographer/videographer/navigator for our tour.  This journey has been one of the most fun adventures of my life. I am definitely glad I made the decision to do it.  There are still many stadiums to see, and I am loving every minute of it.

It is a pleasure to visit every stadium.  I do not consider any stadium to be any better than others. With that said, here are some of the large and small school stadiums that have stood out to me.