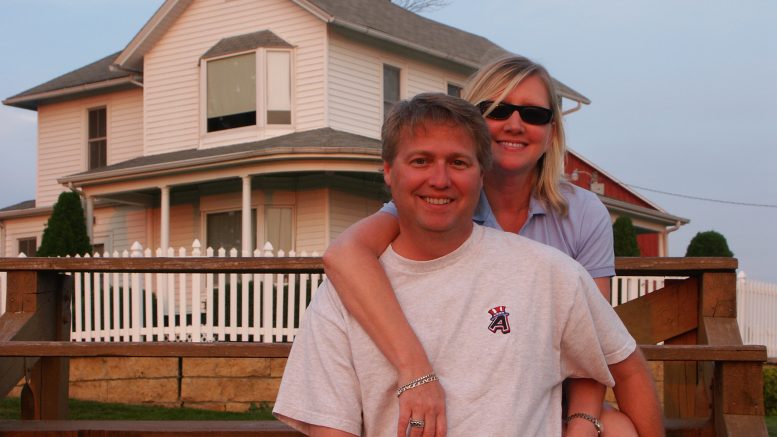 I have a lot of emotion flowing tonight as I watch the Field of Dreams Major League Baseball game in Dyersville, Iowa.

The photo below is one of my all-time favorites. Hard to beat watching the sun set while sitting in front of the Lansing house that was home to Ray Kinsella (Kevin Costner) in the 1989 Oscar-nominated film.

We didn’t watch any high school football that weekend, but we did snap our first-ever Stadium Project photos. It was at Beckman Catholic High School.

While I’ve always enjoyed visiting high school football stadiums, even if there isn’t a game, it was the first time I pulled out my camera.

Beckman Catholic, a private school, is the only high school in Dyersville. The public school for Dyersville kids is Western Dubuque, which is about 15 miles east of the town. We did stop at WD, home of the Bobcats, but those photos were lost in a computer crash.

Surprisingly, I only took two photos at Beckman, but you can see the other by clicking here.