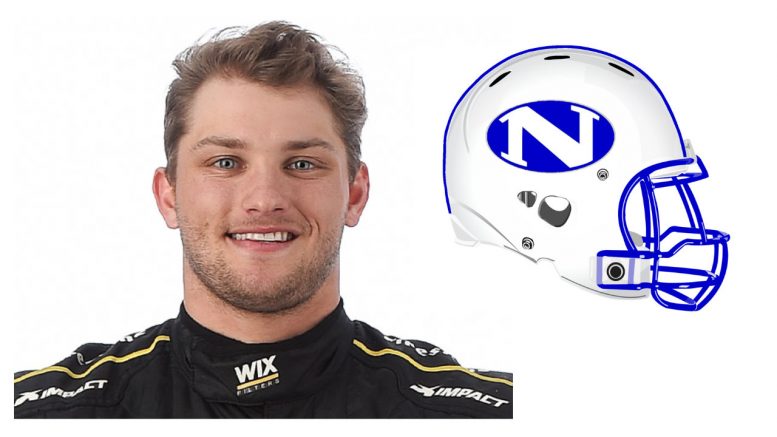 Growing-up in the Lehigh Valley in eastern Pennsylvania, you couldn’t help but root for local racing legend Mario Andretti from Nazareth, especially after he won the Indy 500 in 1969. That win launched Mario to international stardom.

For the first couple of decades of my broadcast career, it was an honor to not only cover Mario, but also get to know him away from his superstar life. To this day, Mario still gives High School Football America co-founder Trish Hoffman and I the honor of doing interviews whenever we need them. When it comes to the word classy, Mario embodies what the word means.

Back in 2005, Trish and I created a proposed television series called The Next Andretti. The show was built around Mario’s grandson Marco, who was heading into his rookie Indy Car season.

Today for the 104th running of the Indy 500, Marco sits on the pole as the fastest qualifier for The Greatest Spectacle in Racing. Below you can watch our sizzle reel for The Next Andretti.

Marco isn’t the only Nazareth, Pennsylvania native in the field, Sage Karam is also on the Indy 500 starting grid. Sage will start 31st in his seventh career start in Indianapolis.

So, by now you are probably asking where this story is headed? Well, you know me, I’m always looking for a high school football angle, no matter the sport.

Here it is — Sage Karam is a former high school football player for the Nazareth Blue Eagles.

Below is a story I wrote in 2015 that celebrates Karam’s high school days as a football player and wrestler.

As everyone knows, I have a lot of hometown pride when it comes to the Lehigh Valley, which is where I was born and spent 40 years of my life.

For those of you not familiar with the Lehigh Valley, it’s a three city area – Allentown (yes, the Billy Joel song), Bethlehem and Easton – with lots of great small towns surrounding it. The Lehigh Valley is located about 50 miles north of Philadelphia and 80 miles west of New York City.

And, while high school football is my passion, I love the sport of Indy Car racing.  And, there’s no better day in the sport than today when 33 of the best drivers in the world, hit The Brickyard for the Greatest Spectacle in Racing, the Indy 500.

Until a year ago, my only choice for cheering started and ended with someone with the last name Andretti. The famous racing family hails from Nazareth, Pennsylvania.  I’ve known Mario, Michael and Marco for a long-time. I was only nine years old when Mario won the family’s only 500 in 1969. I remember it like it was yesterday.

Growing-up so closely to Andretti greatness, I’ve not only come to enjoy the sport, but know how tough these athletes are. Trust me, if you’ve never jumped into an Indy car and driven one — and I have — don’t ever say Indy Car drivers aren’t athletes.

Today, I settled-in to enjoy the grueling 500 miles at 200+ miles per hour.  I also had two choices for cheering – Marco Andretti, Mario’s grandson, and upstart Sage Karam, also from Nazareth.

Karam who finished 9th as a rookie in last year’s race, started Sunday’s race in 21st position on the outside of Row 7.  Many thought, Karam had a great chance of winning the Memorial Day Weekend race, but that chance ended on the first lap when he was knocked-out of the race after a crash between Turns 1 and 2.

Karam is an excellent example of what type of athletes these driver are.

At Nazareth High School, Karam played football and also wrestled.  The wrestling part of his life was a no-brainer, since Karam’s dad Jody was a great high school wrestler and head coach. According to The Express-Times, Sage had a 53-31 lifetime record with 15 career pins.

Karam’s football career began at the youth level as a running back, but ended in 5th grade in order to pursue his passion for racing.  However, as a junior, then Nazareth head football coach Rob Melosky convinced Karam to come-out for the team.

“We always needed depth, so I spent a lot of time working the hallways to find kids to play for us,” said Melosky. “I knew that Sage was a good athlete, who was coming to our games and watching from the student cheering section.  I approached him sometime during his sophomore year and asked if he’d be interested in coming out for the team?”

At that point in Karam’s young racing career, he was on the road a lot, but he told Melosky that it might actually be possible for him to play during his junior year.

“Sage told me he’d miss doubles, because of his race schedule, but would let me know when he was back in town,” said Melosky, who is now the offensive coordinator at Allentown Central Catholic. “I think he was back by the second or third game of the season, so we started him on the JV team and he dominated no matter where we put him — running back, linebacker, kickoff returner.”

Melosky recalls that by the varsity’s fourth or fifth game, it was time to give Karam his shot.

“We decided to put him in as our kickoff returner and I remember him busting his first for a 40-or-50 yard return,” said Melosky. “He just took-off from there.  If I remember correctly by the last three games, Sage was starting at outside linebacker.   He was a great tackler, which I think was a direct result of him being a good wrestler.”

Melosky said that Karam also played slot receiver that year, but because his racing career was taking-off, he didn’t play football during his senior season.

“There’s no doubt that Sage would have been a good one his senior season,” said Melosky.

What does Sage think about what could have happened if he stayed with football?

He recently said this to Sports Illustrated writer Andrew Lawrence:

“I think my best sport besides racing was football. I think I probably could have gotten some cool offers there.” – Sage Karam