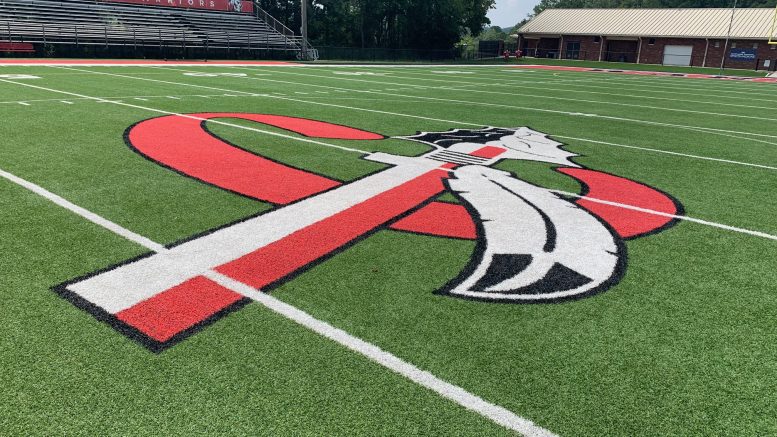 As we’ve travelled the country building High School Football America over the last 17-years, I’ve lived in major metropolitan areas like Chicago and Los Angeles. Now that HSFA has settled in Canton, Georgia, a community of about 30,000 northwest of Atlanta, I’ve decided it’s a good time to create a feature called Hometown Team.

Quite simply, as we become members of this wonderful area, we want to let the rest of America know about how high school football fits into the fabric of our community.

Starting today, and throughout the 2021 season, we’ll be following our Cherokee Warriors.

With the help of head coach Josh Shaw, who has served as the program’s head coach since 2012, we’ll be posting stories and content here and on our social media platforms.

As a backdrop for our national readers, Cherokee plays in Class 7A, the largest classification in Georgia. The Warriors are part of Region 5, one of the tougher regions in the state.

Milton is ranked No. 48 in the Preseason 2021 High School Football America 100 powered by NFL Play Football, the NFL’s initiative to provide fun and engaging experience for players of all ages and skill levels. Cherokee and Roswell received honorable mention in our national rankings, which means they begin the season between No. 201 and No. 300.

Cherokee is coming off an 8-3 season in 2020, which landed them No. 23 in the High School Football America Georgia Top 25.

On Monday, the Warriors began mandatory conditioning. I spoke to Coach Shaw about his goals for this week.

Below you can watch my interview with him talking about the week ahead and key players on this year’s squad.

Below, you can listen to Coach Shaw on the High School Football America Podcast last month talking about A.J. Swann’s trip to Los Angeles for the Elite 11 quarterback competition. Swann has given his verbal commitment to Maryland.