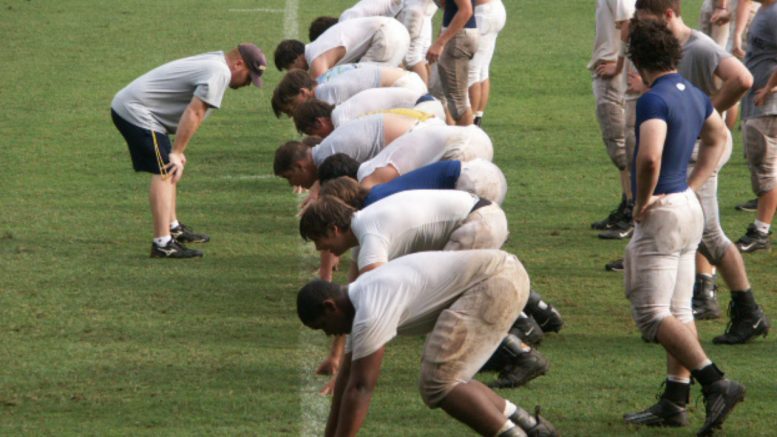 Over the last couple of First and Fisher columns, I’ve been turning back the clock to the early days of High School Football America. Today, I go back to 2004, our first year.

I ventured to Marist School in Atlanta, which was coming-off the school’s second state championship in 2003. That title came with current Los Angeles Rams head coach Sean McVay as the War Eagles’ quarterback, which was the focus of the story that you can see below from July 28, 2004.

Last year, Marist captured the AAAA state title with a 21-6 defeat of Statesboro. It was the school’s second state crown. The first came in 1989.

The biggest job during the fall camp is finding a replacement for quarterback Sean McVay, who has moved-on to Miami University in Oxford, Ohio. McVay was in the middle of everything during the 14-1 championship season.

In the championship game, McVay ran for a game-high 110 yards. His 6-yard touchdown run gave the War Eagles a 7-0 first quarter lead.

In addition to McVay, two other players moved on to Division I. Chris Davis and Matt Rumsey are enrolled at Duke.

Chris Ashkouti will take-over the reigns of the Marist offense. Chadwick told me that Ashkouti will be a capable replacement for McVay in the team’s option offense.

Chadwick, who has led the War Eagles since 1987, expects running back Anderson Russell to have a big year as he becomes the program’s feature back.

The strength of the team will be the offensive and defensive lines.

Below are some photos from yesterday’s workout.