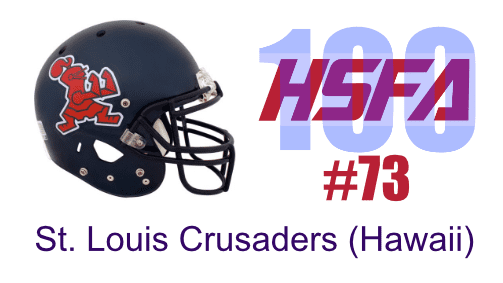 The Crusader defense was just as good as the offense, allowing just 42 yards in total offense.

Next week, the nationally-ranked Crusaders, who are ranked No. 1 in the HSFA Hawaii Top 5, host No. 76 Narbonne, California’s defending Division I-A champ.

Kahuku No. 1 in first Hawaii Top 5