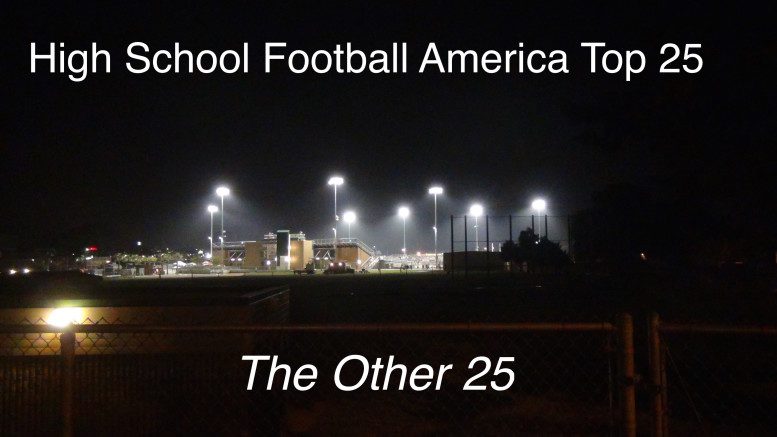 Two of the teams in High School Football America’s The Other 25 preseason rankings have graduated to our Top 25 after solid wins against former Top 25 opponents.

Mill Creek climbed from #33 to #22 after beating two-time defending champ Colquitt County in a battle of top teams in Georgia.  The hard fought 34-27 win didn’t hurt our defending “mythical” national champs in the rankings, as the Packers only drop one spot to #44 this week.

Busting into the Top 50 is South Pointe after an impressive win over former #19 Northwestern in a crosstown rivalry game in Rock Hill, South Carolina.  The Stallions enter the Top 50 at #35, while Northwestern slid to #50.

Aside from South Pointe, the biggest mover in this week’s poll is Brentwood Academy (Tennessee), which jumps four spots to #42.

The only other mover in this week’s poll is Trinity from Kentucky, which pops three spots to #32 after a come-from-behind win over a very good Ensworth team on the road in Tennessee.

Our decision is simple…if the games don’t count, why would we count them?  That’s a big help to American Heritage (Plantation, Florida) that was beaten easily by #37 Booker T. Washington (Florida).