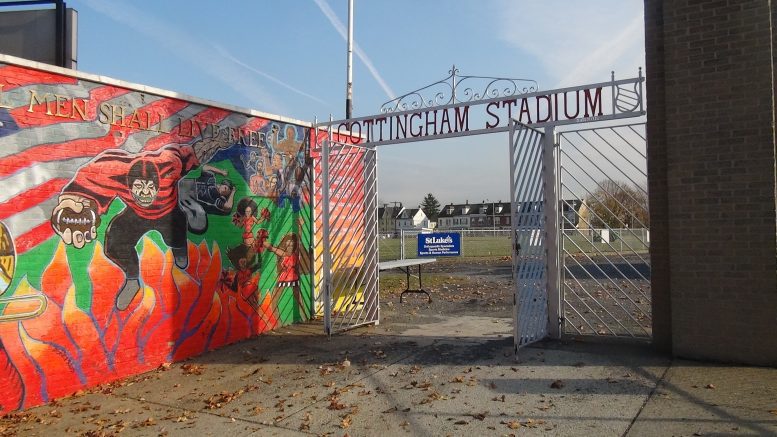 I know it’s been a while since I penned a First and Fisher, but thanks to Easton (Pennsylvania) football, it’s time to dust-off the column on Good Friday.

Earlier this week, the Easton Football Twitter account posted pictures of its nearly 100-year old stadium being refurbished. Now, for those of you unfamiliar with my history, Cottingham Stadium is where my sports journalism career began as a teenager in the 70’s.

I unabashedly tell anyone who will listen that Cottingham, located between 11th and 12th Streets, just off of Northampton Street, is one of my favorite places to watch a high school football game anywhere in America. The atmosphere takes you back to a bygone era.

The 5,500 seat stadium is located in the densely-populated West Ward section of the city, across from the old high school, which is now known as Paxinosa Elementary School. Cottingham, which is named after former Easton superintendent William Cottingham, opened in 1924, but the iconic concrete stands appeared for the start of the 1925 season.

Below you can see a newspaper clipping of the rededication of Cottingham in 1925 from The Morning Call: 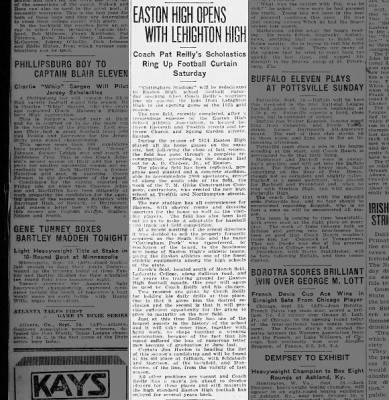 The first game played at Cottingham was September 27, 1924, which ended with the Red Rovers rolling to a 93-0 win over Stroudsburg. 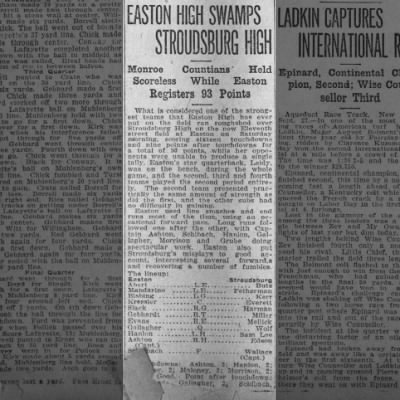 In 2018, school officials announced that Cottingham Stadium was going to get a multi-million dollar facelift. Last August, demolish began for a new stadium that will trade-in its natural grass surface for artificial turf.

What makes me happy is officials decided to keep with tradition by rebuilding the grandstands with concrete. Considering the fact that the surrounding area (Lehigh Valley) is known as the hub of the cement industry from as early at 1875, I felt it was a no-brainer to use the limestone-based product for this one-of-a-kind stadium.

Below are some photos I took of Cottingham Stadium on a visit home in 2014.

The new Cottingham Stadium will be open for high school football this fall and I look forward to checking-out the new digs complete with a video scoreboard. The Red Rovers first home game with by August 27 against Pocono Mountain East.