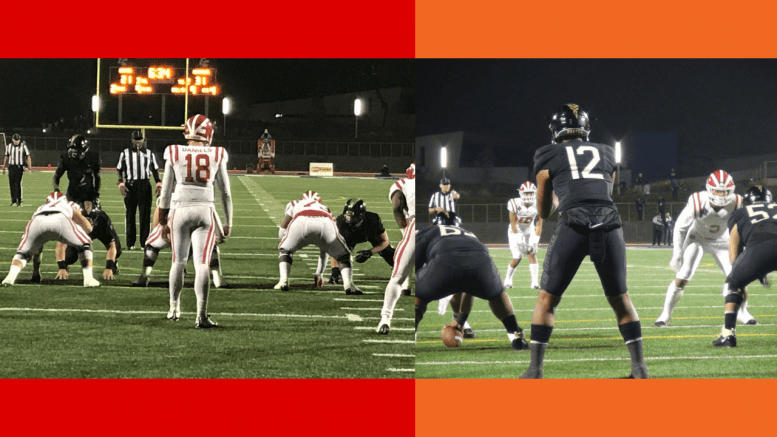 When Clemson and Georgia play Saturday night in Charlotte, North Carolina, the two starting quarterbacks will be having a football field reunion.

In 2017, Georgia quarterback JT Daniels was the starting quarterback of Mater Dei (Santa Ana, California), the No. 1 team in the team in the High School Football America 100. Clemson’s DJ Uiagalelei, was a sophomore backup for the St. John Bosco Braves (Bellflower, California).

Daniels, who would go on to win High School Football America’s National Player of the Year Award in 2017, had the Monarchs off to a 6-0 start heading into his team’s Friday the 13th matchup with Bosco. Leading up to the game, Uiagelelei was causing quite a stir throughout Southern California, because Braves’ starter Re-al Mitchell was rumored to be injured and DJ was possibly going to start against Mater Dei.

The stories around DJ were becoming mythical. And, why not. When he was a freshman he was 6-3, 235-pounds and could heave the ball 85-yards.

I remember talking with Bosco head coach Jason Negro during his 2016 fall camp about his team. He pointed toward a big kid wearing a No. 18 jersey. He told me that the young man named “DJ” was going to be a good one for him one day. A few seconds later, I snapped a quick photo, albeit a little blurry

Fast forward to October 13, 2017 at at El Camino College in Torrance, California. The buzz in the air was real as DJ, wearing No. 12, was getting his first varsity start against the Braves’ arch-rival.

Mater Dei raced out to an early 14-0 lead on two St. Brown touchdowns. The first score was a 12-yard pass from Daniels, his 23rd touchdown pass of the season. The second one came on a 51-yard punt return. The 5-star St. Brown also returned a punt in the 2016 regular 26-21 season win over the Braves.

DJ’s first TD pass as a starter was an 85-yard catch and carry to Josh Delgado that cut the lead to 14-7.

Mater Dei would go on to a 31-21 win with Daniels surprising many with his wheels. The pocket passer became a dual-threat in the game, rushing for 111 yards.

After the game, Daniels gave me a joking quote:

“I was slow as hell last year. I just had to make a change…that’s about it.”

Later in the year, Daniels beat Uiagalelei and the Braves for the CIF-Southern Section championship. JT then led the Monarchs to a California Open Division championship that gave the school the High School Football America national championship.

Everyone was looking forward to 2018 when JT would have been a senior and DJ a junior. However, that excitement ended when JT re-classified and graduated early to head to USC.

Like Daniels, DJ also has a national title under his belt. He lead Bosco to the 2019 national crown. However, in head-to-heads, JT takes a 2-0 record into Saturday night’s showdown between the Dawgs and the Tigers.