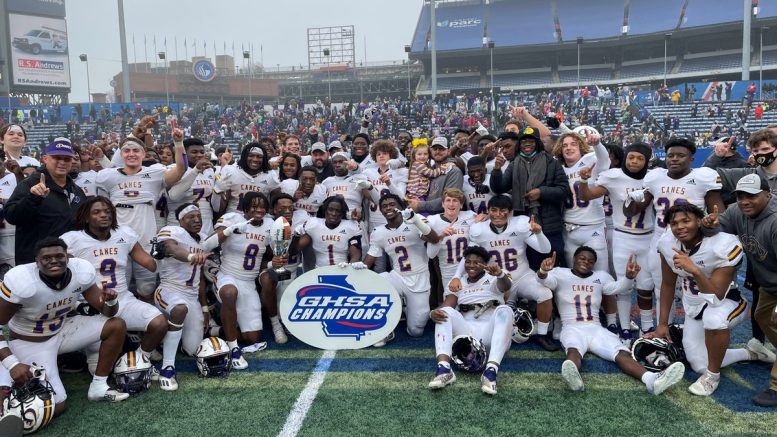 For the first time since 1948, Fitzgerald is a Georgia high school football state champ. Friday, the Purple Hurricanes beat Thomasville 21-7 at Center Parc Stadium for the Class 2A state title.

The Canes jumped-out to a 21-0 lead at halftime and never looked back. The first half lead was built on a strong ground game with Dennoris Goodwin scoring two rushing touchdowns.

For the game, Fitzgerald ran the ball 61 times with only two passes. The Canes gained 295 yards on the ground.