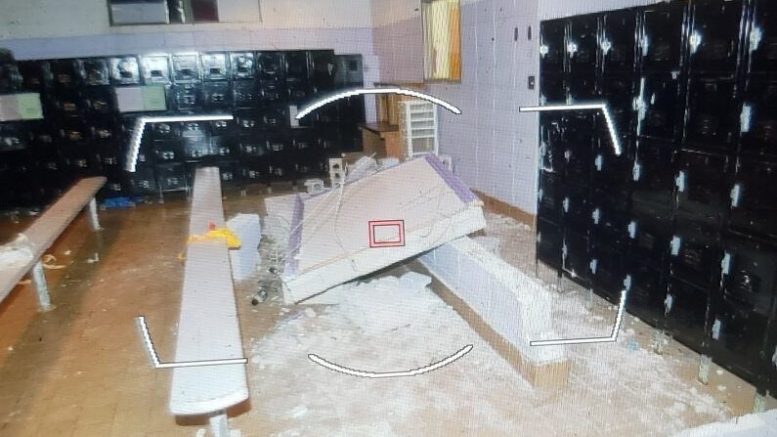 Friday night’s Alabama high school football Class 3A playoff game between Oakman and Pike County was postponed until Monday after a freak accident in Oakman’s locker room. According to media reports, a brick wall collapsed onto the players sitting on a bench before the game began.

ABC 33/40 reports that the players, three of whom were starters, were taken to the hospital where they underwent MRIs and CAT scans.