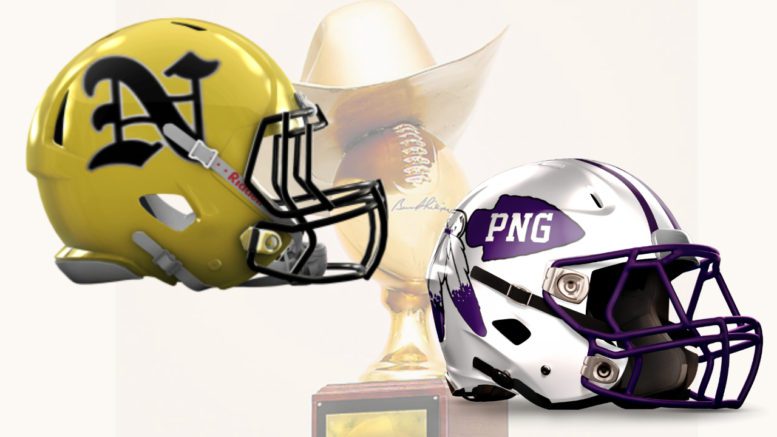 There’s many different ways I come up with my Flashback Friday features, but today’s is fun, because I hope it turns into more than just this story.

Thursday night, I saw a tweet on Twitter from longtime NFL coach Wade Phillips talking about meeting the high school football coaches at Odessa and Permian in west Texas.

Enjoyed meeting with Odessa High and Odessa Permian high school football coaches— if you want me to meet with staff,group,individuals or fans let me know. Anyone who wants to know more football- I am available.

That got me all fired-up to invite Coach Phillips onto the High School Football America Podcast to talk some high school football. There’s plenty we can talk about, since his dad, the late Bum Phillips, coached Texas high school football in the 50’s and 60’s before moving-on to the college and NFL ranks.

Listen to Past Podcasts

When Coach Wade Phillips, who has coach for more than four decades in the NFL, “liked” my tweet, I began doing my research for a possible interview. Hence, that’s where the idea for this week’s Flashback Friday originates.

The rivalry was named after the late coach because it was his favorite game to coach, since he was a head coach at both schools. The series began in 1925 and heading into the 2020 season, PNG owns a two-game win streak and a 51-38-7 lead in the all-time series.

Bum Phillips began his high school football head coaching career in 1951 at Nederland. He left after the ’56 season to become an assistant coach at Texas A&M. Coach Phillips returned to the high school ranks in 1958 as the head coach at Jacksonville for one year before moving-on to Amarillo High from ’59 to ’61. His final high school stop was at Port Neches-Groves where his son Wade was his star linebacker. Then PNG was known only as Port Neches High School.

Phillips ’56 Nederland team reached the AAA state championship game where he lost to Garland 3-0. Phillips’ record at Nederland was 56-15-1.

Below are some newspaper clippings about Bum Phillips during his high school football coaching days. 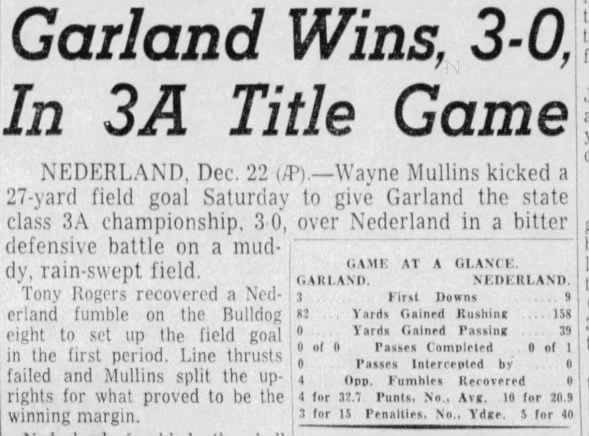 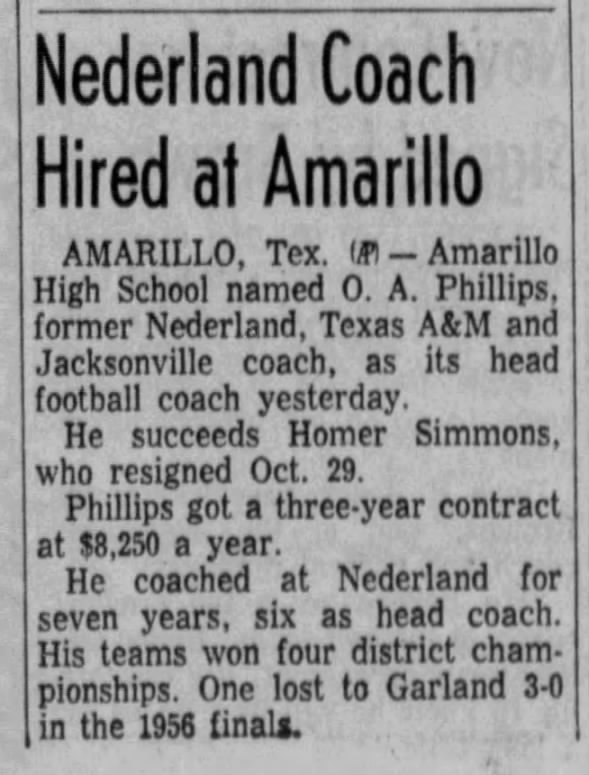 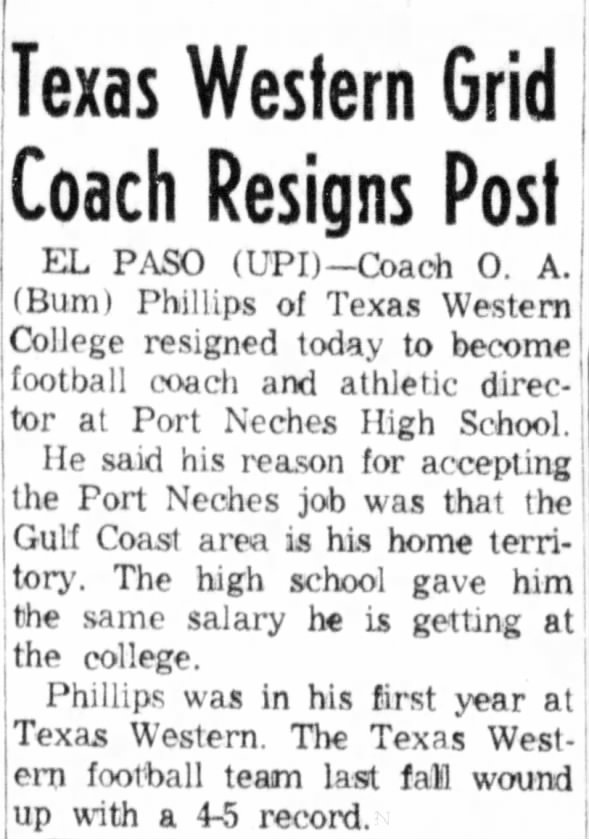