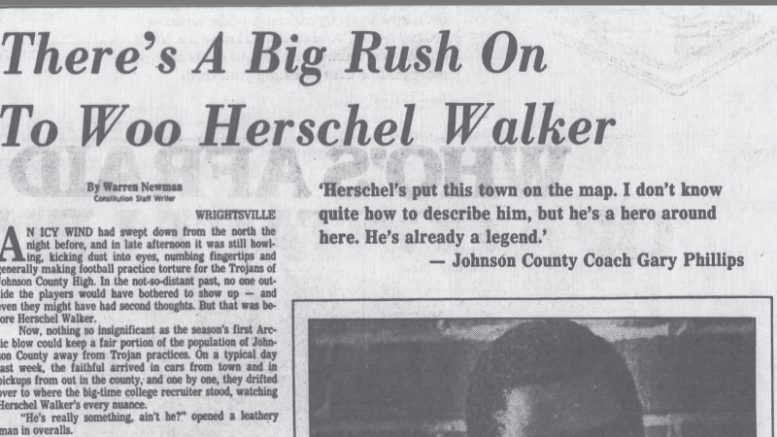 Today, we’ll start a new feature called Flashback Friday that takes readers back-in-time for stories about some of the game’s greatest players during their high school days. Flashback Friday has direct ties to my book High School Football in Texas: Amazing Football Stories from the Greatest Players of Texas that I created to allow players the ability to reminisce about their high school football memories.

We start with Herschel Walker, who played played at Johnson County High School in Wrightsville, Georgia. Below, you can see the man who looked like a man among boys.

Walker had a record-setting senior season that led to a state championship in 1979. He rushed for a state record 3,167 yards. He finished his career with 86 touchdowns and 6,137 yards.