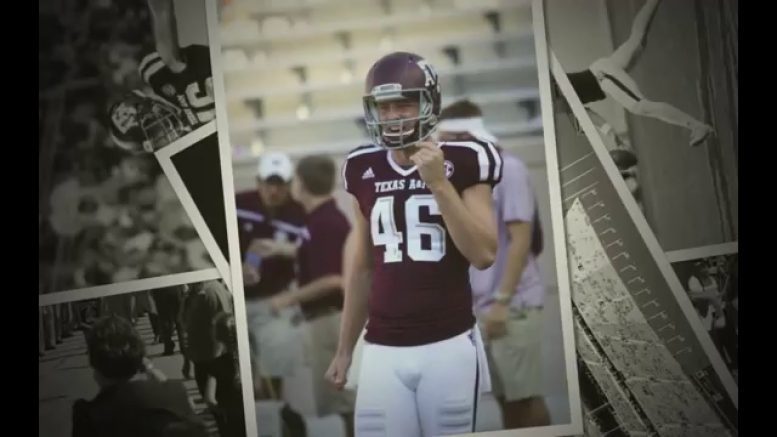 One of the fun things about running a national website is you get to meet a lot of great people along the way.

Back in 2012, I struck-up a “Twitter relationship” with Chris Tripucka, whose son Shane was a wide receiver/punter at Allen High School in Texas.  At the time, I recognized his last name (because of former NBA player Kelly Tripucka), but didn’t realize that Chris and I were sitting in the same section of Lafayette College’s Alumni Gym where he and I were watching college basketball games.  I was there because I was a fan, Chris was there because his brother Tracy was the star of the Lafayette Leopards.  To this day, Tracy remains Lafayette’s all-time leading scorer with 1,973 points in three varsity seasons.

Ok, back to football.

Shane Tripucka was good enough to punt in the Under Armour All-American game after his senior season, which ended with Allen winning the first of three straight High School Football America “mythical” national championships.  And, while many would think playing in such a high-profile showcase like the Under Armour All-American game would lead to Football Bowl Subdivision scholarship offers…it never happened, although Division I-AA Sam Houston State (Football Championship Subdivision) did offer him a full ride.

Eventually, Texas A&M came around and gave Shane a shot to become an Aggie as a preferred walk-on.  Chris and Shane, who worked as a team to achieve Shane’s dream, decided that Texas A&M was the best place to achieve that dream.

Saturday, after years of hard work, Shane’s dream becomes a reality as he will be A&M’s starting punter against UCLA in College Station, Texas.  In addition, Shane has now been rewarded with a full scholarship for his final two years of eligibility.

Just got THE BEST phone call! @ShaneTrip17 has been awarded a FULL scholarship 4 his final 2 years! #GigEm #Aggies pic.twitter.com/bmNpgUm3yh

My guy got his full scholarship! @AggieFootball has one of the best in the country! 10/22 can’t come soon enough pic.twitter.com/Y35tFdBRcW

Today’s Flashback Rewind takes a look at this father/son journey Chris’ appearance on the High School Football America Radio Show in May 2012 and then Shane’s in September 12.