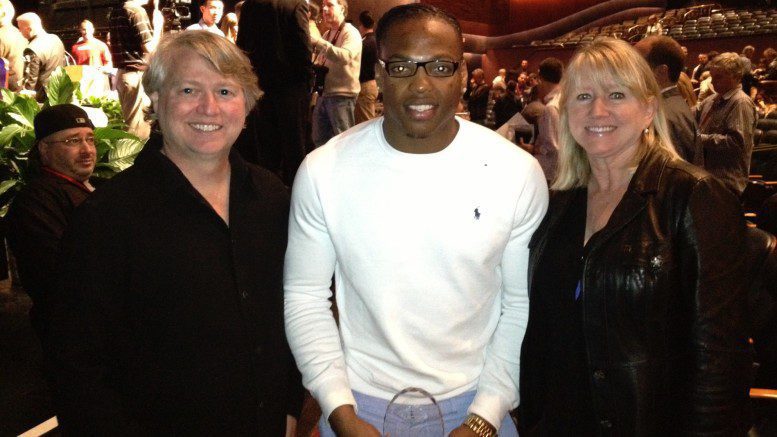 High School Football America's Jeff Fisher and Trish Hoffman present Derrick Henry with its Player of the Year Award in 2012.

Derrick Henry was our 2012 National Player of the Year.  Actually, the Yulee High School (Florida) runnning won just about every conceivable national award after his senior season.

Henry, who went-on to win the Heisman Trophy in 2015, finished his high school career as America’s all-time leader in career rushing yards.

As we get ready to watch Henry’s current team, the Tennessee Titans, play the New England Patriots in the NFL playoffs, we thought it would be cool to watch an interview I did with him in March 2013 after we presented him with our Player of the Year Award (photo above).