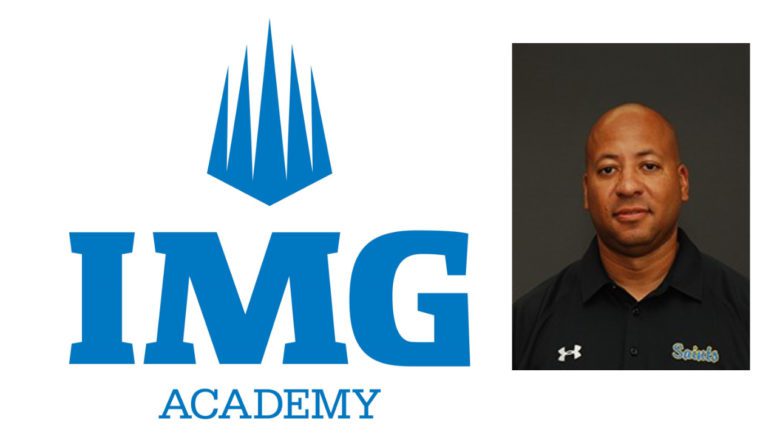 Bobby Acosta is the new head football coach for IMG Academy’s national team that finished No. 6 last season in the High School Football America 100 national rankings. Acosta, who served as the offensive coordinator at the College of St. Scholastica in Minnesota last season, replaces Kevin Wright who resigned in December.

“We look forward to the future with Coach Acosta leading our National Varsity team,” remarked IMG Academy Director of Football Brian Griffin. “His track record as an offensive innovator speaks for itself, as does his incredible reputation among the coaches and players he has mentored from his former programs.”

“I am very excited to become the head coach of IMG Academy,” said Acosta. “As a college coach, I’ve admired how IMG develops young athletes, instilling in them a responsibility and maturity that makes the transition to college seamless. It’s a privilege to be a part of this program, and to do my part in making sure the tradition continues and that the preparation these athletes experience here carries them into their college years and beyond.”

According to IMG’s news release:

Acosta becomes the third head coach of the National Varsity team. He comes to IMG Academy from The College of St. Scholastica (Minn.), where he helped guide the Saints to a 7-3 record in 2019 as the offensive coordinator and wide receivers coach. Last season, Acosta’s offense rewrote the Saints’ record book, setting new bests in points scored (340), total touchdowns (46), passing touchdowns (33) and average yards per game (387.5). St. Scholastica also led the Upper Midwest Athletic Conference in passing (3,157 yards), the only program in the conference to surpass the 3,000-yard mark. Scholastica also developed the most productive wideout in the country as Mitch Adrian led the entire nation, all divisions, in receptions with 114 (11.4 per game).

“We look forward to the future with Coach Acosta leading our National Varsity team,” remarked IMG Academy Director of Football Brian Griffin. “His track record as an offensive innovator speaks for itself, as does his incredible reputation among the coaches and players he has mentored from his former programs.”

Acosta’s up-tempo spread philosophies and acumen for developing quarterbacks and wide receivers has evolved over two decades of success at the collegiate and high school levels. Prior 2019, his recent coaching stops have included Bucknell University (2017-18), Cornell (2016) and Syracuse University (2014-15). Notably at Syracuse, Acosta served as wide receivers coach and recruiting coordinator, helping the Orange land back-to-back classes comprised of more than 20 three-star prospects according to the 247Sports composite.

Acosta is a native of Queens, N.Y., and attended college at Rowan University where he played four seasons. As a player, he helped lead Rowan to the Stagg Bowl, the NCAA Division III national championship game.

Varsity Football launched at IMG Academy in 2013, and has emerged as a perennial national power, finishing in the national top-10 of the MaxPreps Xcellent25 rankings each of the past five seasons. In its history, 49 IMG players have been named as All-Americans, and over the past six signing classes, nearly 140 IMG student-athletes have committed and moved on to NCAA Bowl Subdivision programs.