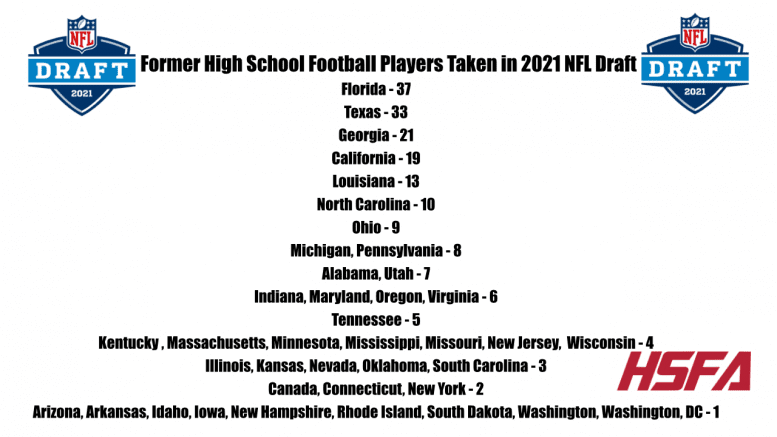 Florida beat out Texas with the most former high schoolers picked in the 2021 NFL Draft in Cleveland. It’s the third time in the last four years that the Sunshine State has finished No. 1 in former scholastic players chosen during the three-day, seven round event.

In all, 38 states, plus the District of Columbia were represented in this year’s draft. Canada had two players chosen.