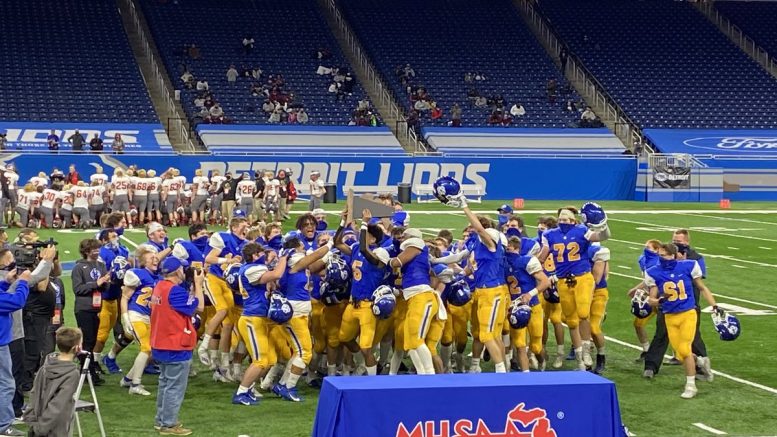 After three state titles in Division 4 in the last four years, Grand Rapids Catholic Central is now a Division 5 champ after beating Frankenmuth 48-21 Saturday at Ford Field, home of the Detroit Lions.

Here are their 2 touchdowns, it's really tough to stop GRCC when they're in sync like this. @GRCC_CougarsFB @Joey_Silveri @nolanziegler42 pic.twitter.com/RsLM77CBq0

GRCC rushed for 296 yards, which six less than Frankenmuth had allowed all season long, coming into the game.