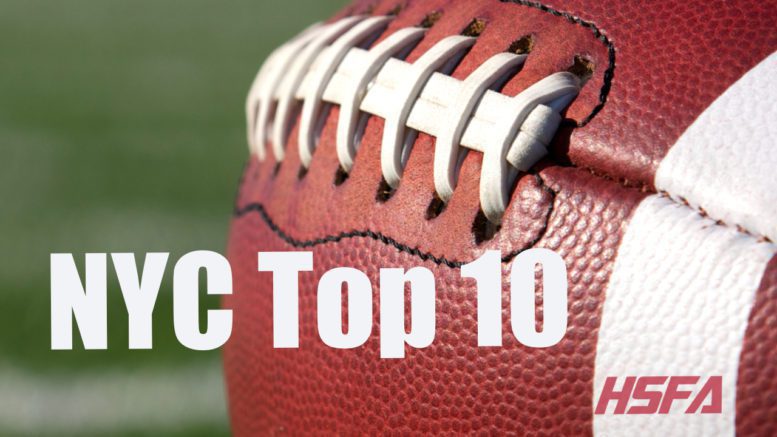 When it comes to our proprietary algorithm, Strength of Schedule is one of fifteen criteria factored into the High School Football America NYC Top 10. That’s way you see no movement at the top of the rankings even though No. 1 Monsignor Farrell has lost two straight and No. 2 Cardinal Hayes and No. 3 Christ the King are both well-below the .500 mark.

CTK is the best example of how the SOS helps the Royals. CTK remains No. 3, but you have to look at the fact that the Royals lost by one point to Farrell and six points to Hayes. CTK’s other loses are against New York State No. 1 Iona Prep and No. 2 St. Anthony’s. The fifth loss is against national power St. Frances Academy from Baltimore, Maryland.

Farrell will try to get back to its winning ways when it faces Fordham Prep his week. The Rams break into the NYC Top 10 this week at No. 8 after beating previously unbeaten Moore Catholic, which drops from No. 7 to No. 9.

Former No. 9 Abraham Lincoln drops from the Top 10, but can make a case to be back in if it can beat No. 6 Erasmus Hall this week.

Podcast: New York No. 1 vs. No. 2 as arch-rivals Archbishop Stepinac battles Iona Prep