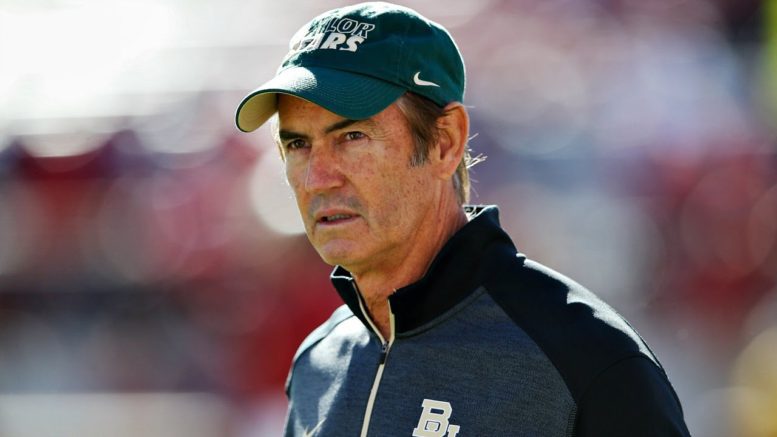 Ex-Baylor head football coach Art Briles is the new head coach at Mount Vernon High School in Texas. The 63-year old Briles served as Baylor’s head coach from 2008 until his firing in May of 2016 amid a sexual assault scandal that plagued the university.

“We are pleased to welcome Coach Briles back home to Texas,” Mount Vernon ISD superintendent Jason McCullough said in a statement. “He brings with him a wealth of not only football experience but also life experience. He is passionate about investing in the lives of young people and helping them to succeed both on the field and in life.”

Briles began his head coaching career at Hamilin High School in Texas where in his second year he led the school to the state semifinals. His record at Hamlin was 27-1-1.

“I began my coaching career in the Friday night lights of Texas high school football, and I’m looking forward to returning to my roots,” Briles said in a statement. “I have learned many lessons during my time as a coach. Some lessons are born out of success and others out of failure. But they all present opportunities to grow, to learn, and to teach, as we strive for excellence both on and off the field.”

Briles was given a two-year contract.