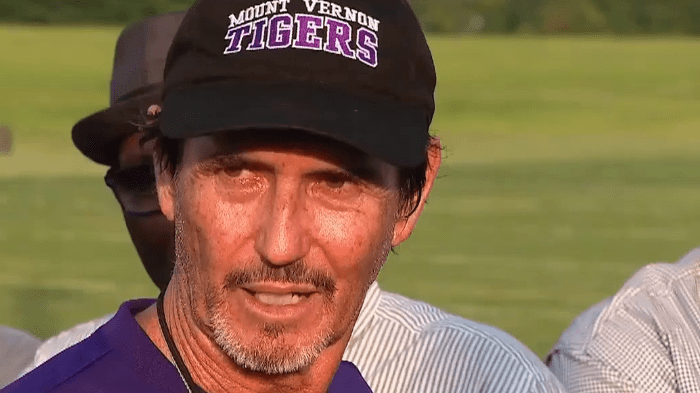 Art Briles is no longer the head football coach at Mount Vernon High School in Texas. Briles, who led the school to the state semifinals in Class 3A this year, announced he was stepping down on Monday. He led the Tigers to a 20-6 record in his two years as the school’s head coach.

Briles took the East Texas job prior to the start of the 2019 season. It was his first coaching job in the United States after being fired from Baylor amid an investigation into sexual assault charges against players in his program.

After coaching 42 games of football from Florence, Italy, to Mount Vernon, Texas in the last 22 months, I respectfully resign as head football coach and athletic director of the Mount Vernon Tigers. [My wife] Jan and I will forever be indebted to the great folks of Mount Vernon for welcoming us into their community with trust and open arms! Also much love to the students, teachers and administrators, but most importantly to the players and trainers and coaches that dedicated their souls and spirit to achieve a vision of Tiger Grit! I also want to express a special thanks to Dr. McCullough and the Mount Vernon ISD School Board for their belief and trust.”