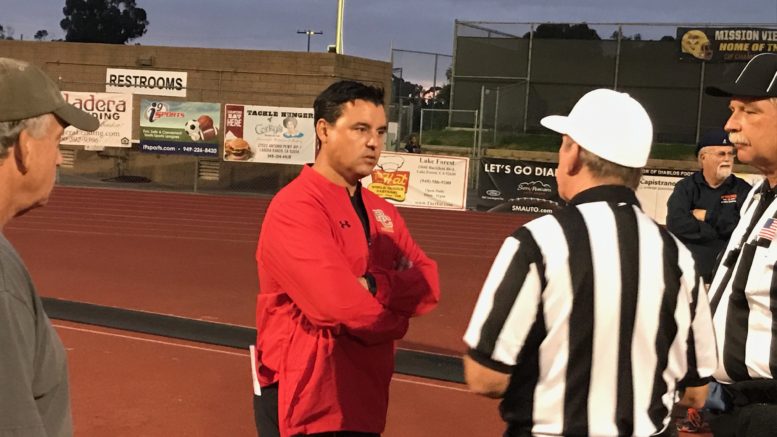 Bergen Catholic head coach Nunzio Campanile talks with an official before the team's 2017 game against No. 1 Mater Dei (California).

The man who led Bergen Catholic (New Jersey) into national high school football power is now the interim head coach at Rutgers University. Nunzio Campanile, who is in his second year with the Scarlet Knights, was named as the school’s interim head coach Sunday after Chris Ash was fired following a 52-0 loss to Michigan, which dropped the team to 1-3.

Campanile, who was serving as the team’s tight ends coach, left Bergen Catholic after leading the Crusaders to a New Jersey Non-Public Group 4 championship, which landed BC at No. 12 in the final 2017 High School Football America 100 national rankings.

Heading into this weekend’s game against Don Bosco Prep, BC was ranked No. 36 in the nation.