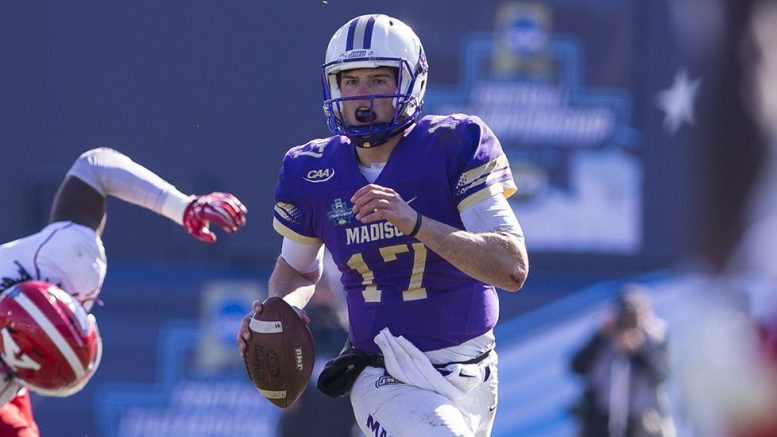 Bryan Schor, who rewrote the Delaware Valley High School football record book in four seasons as the Warriors’ signal caller, had a rough transition into the college game, but heading into his senior season at James Madison (Harrisonburg, Virginia), the former Pennsylvania all-state quarterback is looking to go-out as a back-to-back national champion.

Schor’s college career began, or didn’t begin, with Miami (Ohio) rescinding its scholarship offer after Chuck Martin was hired as the RedHawks’ head coach.  Schor had given his verbal commitment to the RedHawks during his season season in 2012.  In January 2014, Schor told the Standard-Speaker he was “pretty angry.”  In the spring of 2014, Schor decided to go James Madison.

Thank you to all of JMU Nation both in Texas and at Home. We are bringing this back to JMU for all of you! #FCSChamp #GloryToGod pic.twitter.com/FdPRUVOztc

In a recently published story on FootballMatters.org, part of the National Football Foundation, Schor said he wants to go back-to-back in the Football Championship Subdivision.

Schor told FootballMatters.org, “We want to win a national title again, but when I play my last game at JMU, whether it be in the playoffs or in a championship game, it’s going to be hard to give up that jersey. I love being on this team and the guys here have made it a special environment for me.”

As a four-year starter at Delaware Valley, Schor led the school to 29 victories with 56 touchdown passes.  After his senior season, Schor was named to the Pennsylvania Sports Writers Class AAAA all-state team.

Click here to read the entire FootballMatter.org story on Schor.