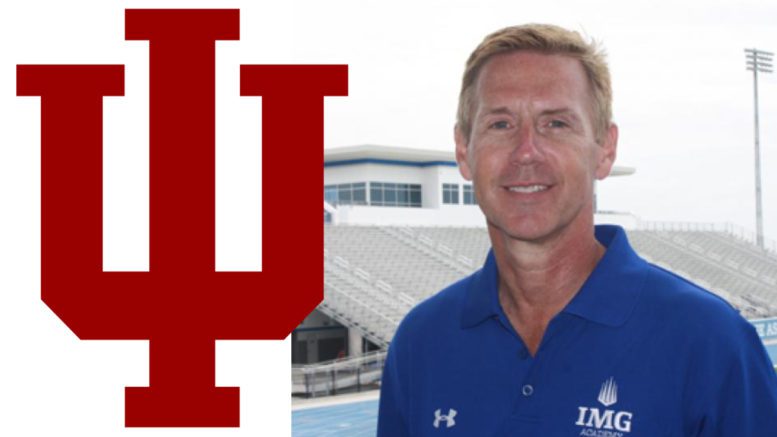 Less than a month after resigning as the head football coach at IMG Academy (Bradenton, Florida), Kevin Wright has resurfaced at the University of Indiana. Friday on Twitter, Wright announced he’s now the Hoosiers’ tight ends coach.

Excited to officially be coming back home as Tight Ends coach for @IndianaFootball and @CoachAllenIU !

Wright, who led IMG for five seasons, resigned in December after leading the Ascenders to a 44-2 record that included a No. 6 finish this past season in the High School Football America 100.

Wright’s roots in Indiana are deep. His father, Larry “Bud” Wright is the state winningest high school football coach with a record of 424-199-2 in 55 years as the head coach at Sheridan High School, a small school about a half-hour north of Indiana.

You can listen to the son talk about his legendary father, who owns nine Indiana high school football state titles, below on the High School Football America Radio Show from 2015.

Prior to taking the job at IMG, Kevin Wright was the head coach at Indiana’s Carmel High where he led the Greyhounds to a 54-11 record that included a state championship in 2011.