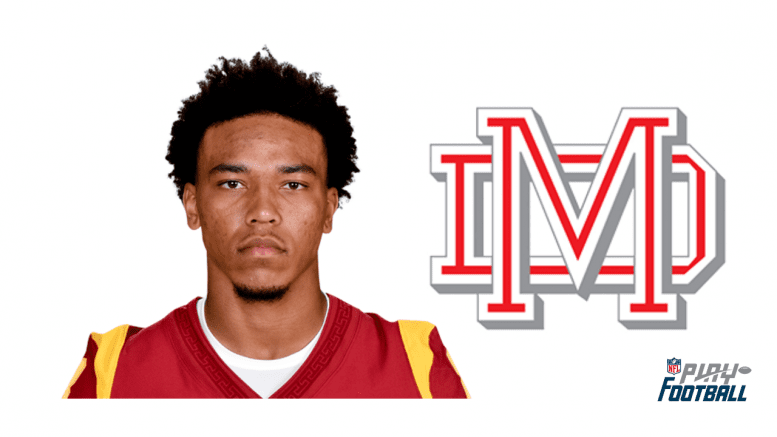 Former Mater Dei (Santa Ana, California) wide receiver Amon-Ra St. Brown is closing-in on his childhood dream of being a professional athlete. On Monday, St. Brown, who starred on the Monarchs’ 2017 and 2018 High School Football America national championship games, spoke with the media in advance of his pro day at USC this week.

St. Brown is considered a second or third round pick in the 2021 NFL Draft that will be held in Cleveland at the end of April. During a virtual interview, I asked St. Brown to compare-and-contrast the thrill of winning high school football national championships with becoming a NFL wide receiver. You can see his answer below.

With the cancellation of the NFL Scouting Combine this year due to COVID-19, college prospects are being evaluated on college campuses across America. USC’s pro day is set for Wednesday.

Below you can watch highlights of St. Brown during during Mater Dei’s 2017 regular season game against St. John Bosco. St. Brown caught two touchdown passes, plus he returned a punt for a score.