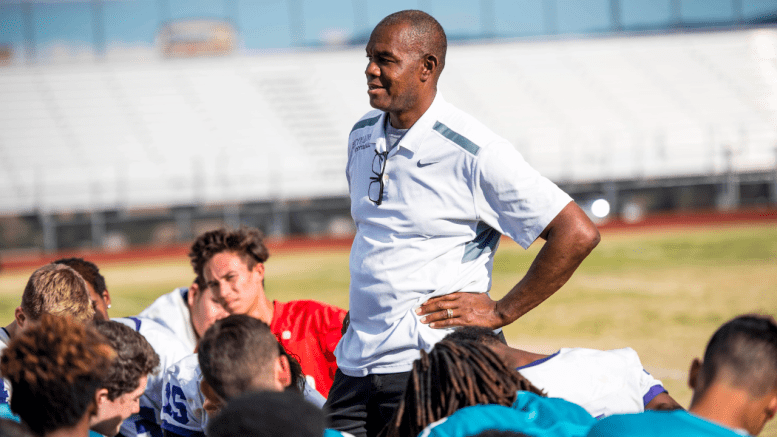 Randall Cunningham, who spent 16 years as an NFL quarterback, is the new head football coach at Silverado.  According to the Las Vegas Sun, Cunningham accepted the job on Monday.

In 2010, Cunningham spent one-year on the Silverado staff as the team’s offensive coordinator.  That was the year his son, Randall II, was the quarterback there. Cunningham resigned after his son transferred to Bishop Gorman where he led the Gaels to a state championship in 2013.

During his high school days, Cunningham played at Santa Barbara High in California. As a senior, he led his team to the CIF Finals