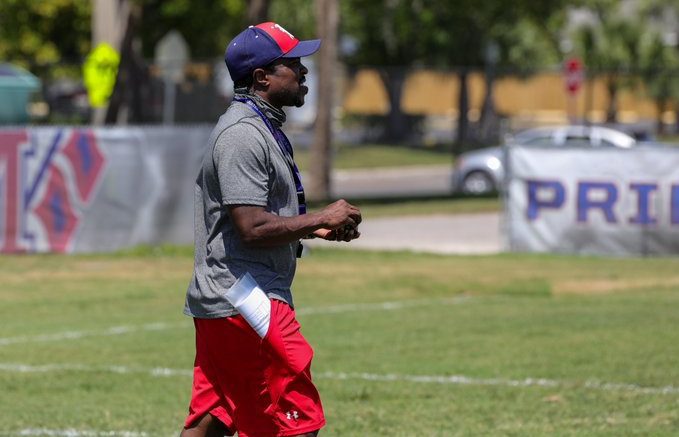 Manatee High School in Florida has elevated former NFL wide receiver Jacquez Green from offensive coordinator to head coach. The former 2nd Round NFL draft pick has been serving as the program’s interim head coach since mid-April when the school decided to begin a nationwide search for a new head coach after firing Yusuf Shakir.

Jacquez Green announces to players his new title as head coach of the Manatee Hurricanes. pic.twitter.com/hwsB4DuPUK

Spring is in full swing! First official practice for @JacquezGreen as Head Football Coach of the Manatee Hurricanes. pic.twitter.com/3wRseT2ARO

Last season, Green served as Manatee’s head coach for the first four games of the season while Shakir served a four-game suspension. Green led the Hurricanes to a 4-0 start. During 2020, Green’s offense averaged 30.6 points per game.

Green was selected by the Tampa Bay Buccaneers in the second round of the 1998 NFL Draft. He played six seasons in the NFL with the Bucs, Detroit Lions, and Washington Football Team.

The 1999 season was his most productive campaign with 56 catches for 791 yards (14.1 average) and three touchdowns. Green, who played his high school football at Peach County High School in Georgia, finished his professional career with 162 total receptions for 2,311 yards.