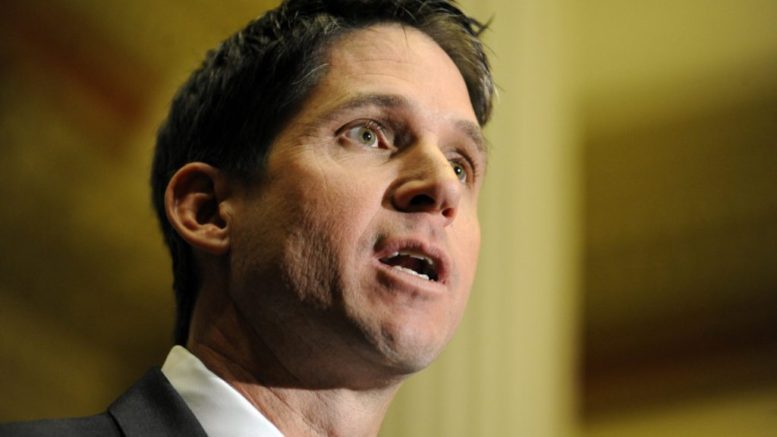 Ed McCaffrey, who knows a lot about Valor Christian (Colorado) because four of his sons have been a part of the school’s football program, is VC’s new head football coach.  The former Denver Broncos wide receiver, who I actually covered during his high school playing days at Allentown Central Catholic in Pennsylvania, becomes the school’s third head coach, taking over for Rod Sherman who resigned just before Christmas.

Sherman won three Class 5A titles in five years with an overall record of 57-11.

Currently, McCaffrey’s son Christian is a running back for the NFL’s Carolina Panthers, Max is a wideout for the San Francisco 49ers, Dylan is a quarterback at the University of Michigan.  Ed’s fourth son Luke is expected to be VC’s starting quarterback in the fall.

“Ed has been a part of the Valor community for 9 years, and now we’re honored to call him Coach McCaffrey,” said Jamie Heiner, Valor Christian’s athletic director. “In addition to the incredible experience he brings in developing athletes and their competitive skills, he has a heart for mentoring young men, desiring to help them build character and leadership that will last well beyond their high school years.”

“I am committed to the Valor community and genuinely care about our student-athletes as I have prayed and cheered for them at every football game since 2009,” said McCaffrey, who won two Super Bowl rings with the Broncos.

McCaffrey added, “Today I no longer play the game, but I continue to live a life filled with faith, family and football. I believe coaching football is the best way for me to serve God. Playing football at Valor is not a four-year decision but a lifetime decision that will form our young men as athletes and as leaders.”

Last year, Valor climbed as high as No. 64 in the High School Football America Top 100.