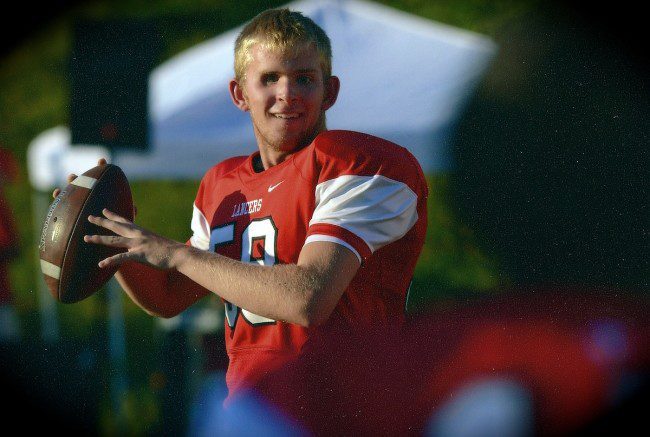 When you do something like I have for 40-plus years, certain things never leave your memory. The story of former Orange Lutheran (Orange, California) long-snapper Jake Olson, who is totally blind and suited-up for the USC Trojans last week, fits into that category.

I met Jake in 2013 when I featured him on the High School Football America Radio Show.

To say that Jake, who lost his sight because of cancer, is a special young man is an understatement.

Jake is an avid golfer and takes part in many other sports that you wouldn’t think he could.  He’s written books and has his own foundation called Open Your Eyes.

The fact that this young man has a chance to play in a college football game is a testament to his will and desire.

Olson’s journey to USC began with a dream — he was always a big Trojans fan and when Pete Carroll was the head man, he and Olson became friends.  That friendship didn’t end when Carroll left for Seattle.  Olson still visits with Carroll and has been a guest of the team on the Seahawks’ sideline.

Pete Carroll on Jake Olson: ‘He is a Remarkable Kid’

If you’re sitting on the couch lamenting your life today, check-out our interview with Jake for some inspiration.