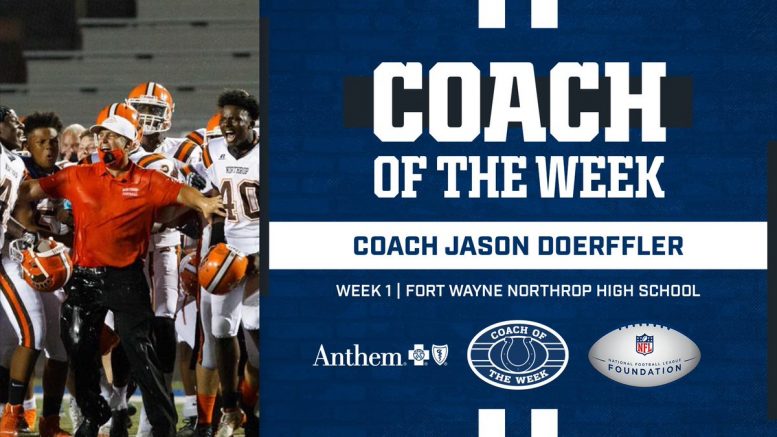 Jason Doerffler, Ft. Wayne Northrop High School’s head football coach, is the first honoree of 2020 season by the Indianapolis Colts as the organization’ high school football Coach of the Week. Doerffler, who was an all-state quarterback at Concordia High School, has been the Bruins’ head coach since 2014.

Doerffler was nominated and selected for the Colts/NFL Coach of the Week award presented by Anthem Blue Cross and Blue Shield after leading his program to a 25-21 victory over Homestead. Northrop’s win snapped a 13-game regular season win streak for Homestead and marks the first time in school history the Bruins defeated the Spartans

The following coaches were recognized as honorable mentions for Week 1: