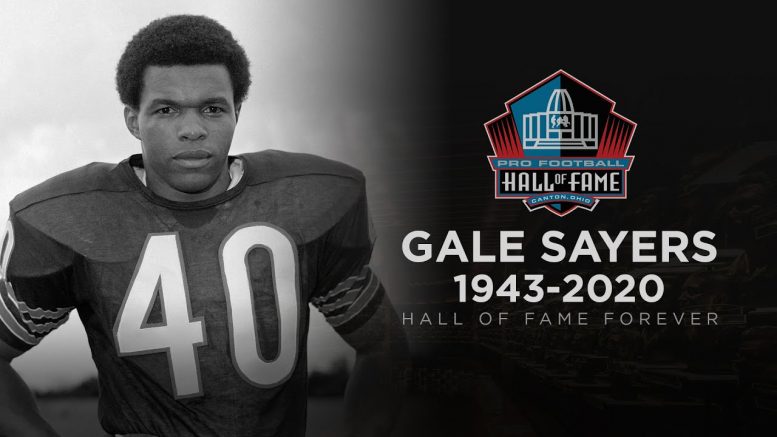 The world is mourning the death of Gale Sayers, a former Chicago Bears running back, who’s known by many non-football people as the man who loved and mourned the life of his teammate Brian Piccolo in the award-winning film Brian’s Song. Sayers, a Nebraska native who played his high school football at Omaha Central, passed away Wednesday at the age of 77.

While Sayers was a great high school football player, he was just as good at Track and Field. He was clocked at 9-point-6 seconds in the 100-yard dash and was also an excellent hurdler. In the Spring of 1961, Sayers set a state record in the long jump with a leap of 24-feet-10-and-a-half inches. That record stood until 2005. On the same day that Sayers soared to a new state record, the media across the state reported that the future Pro Football and College Football Hall of Fame RB was changing his mind on his college choice of Iowa State. They reported that he was staying in-state to play for the Nebraska Cornhuskers. 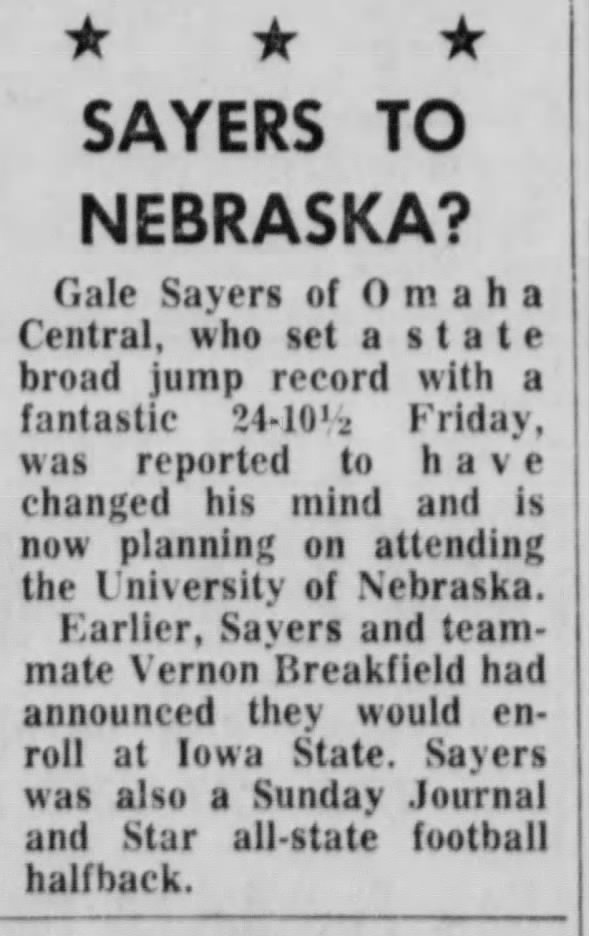 Eventually, Sayers changed his mind one more time and chose Kansas where he became known as the Kansas Comet as a two-time consensus All-American.

On the high school gridiron, Sayers was a two-time all-state running back, but media reports from 1960 indicated that he was also a great linebacker.

Sayers led the State of Nebraska in scoring as both a junior and senior. He scored 127 points as a senior. The Omaha World-Herald reports that he gained over 1,500 yards, averaging 166.7 yards per game as a senior. He is a member of the Nebraska High School Hall of Fame.

Sayers’ big high school football game came in October of his senior season in the Fall of 1960. Omaha Central and Creighton Prep were the top two teams in the state with perfect 4-0 records.

With 15,000 fans looking on, the two teams battled to a 0-0 tie. Both finished the season without a loss. The two shared the state title at the end of that season in an era when there was no such thing as state playoffs in Nebraska.

That 0-0 game resulted in a book called Scoreless that recapped the battle. Some say the game was the greatest ever in Nebraska high school football history.

Sayers was involved in the game’s biggest and most controversial play of the game. During a run play, Sayers lost control of the ball and Ardell Gunn picked it up, scoring an apparent 80-yard touchdown. However, officials called the play a forward lateral, not a fumble, which called-off the score.

In his final high school game, late in the Summer of 1961, Sayers scored four touchdowns in the 1961 Nebraska Shrine Bowl. He ran for two scores and caught two touchdown passes.

Nebraska sticks with plan to play high school football as scheduled, but Metro schools may wait