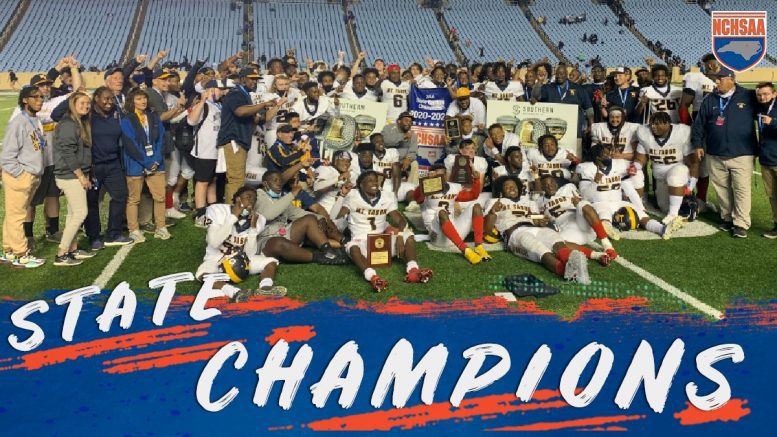 Soon after the Mount Tabor Spartans closed out their 11-0 season with a NC 3AA State Championship win in the UNC Stadium – we decided to sit down with assistant Coach Rich Brendle, to recap the experience this highly successful program has had using GameStrat for sideline replay.

Like many of our GameStrat teams, the Spartans had previously been using Hudl Sideline for their sideline replay. When asked about making the transition to GameStrat, Coach Brendle noted that the enthusiasm for the switch was sparked by his experience with our demo.

“After seeing it, and understanding its advantages, it was really no question of whether or not we would switch”

While describing the overall experience with GameStrat in the state championship, Coach mentioned the feedback he got from another member of their staff

“One of our O-Line coaches called me over the weekend and said, ‘in 36 years, I’ve never been this effective in communicating with players in telling them what I want them to do“

“Hudl being able to offer a one-stop-shop package sounds really good in theory, but you’re actually not missing anything by cutting out Hudl Sideline and replacing it with GameStrat”

“I don’t think I’ve ever even called tech support with GameStrat, because I haven’t had to! But knowing that I can call you guys if I need, is peace of mind. We had the premium package with Hudl Sideline but you have to pay extra to even get the tech support. I know with GameStrat, its all included in the package, which is huge”

In his conclusion, Coach Brendle had nothing but great things to say about the Spartans’ experience using GameStrat in the college size football stadium.

“Especially for the big stadium, GameStrat helped a lot and I never had any issues”

GameStrat is a partner of High School Football America

North Carolina Independent Schools Athletic Association moves back start to 2020 high school football season, but does plan on playing in the Fall