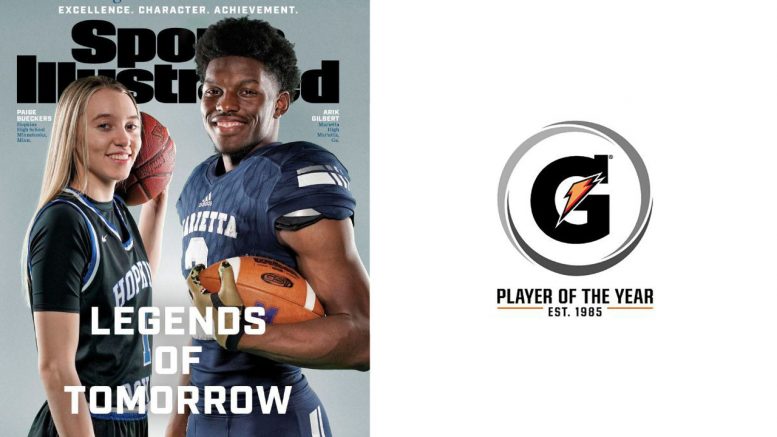 Marietta (Georgia) High School’s Arik Gilbert is the Gatorade Boys’ National Athlete of the Year. Gilbert, who will play his college football at LSU, was named as Gatorade’s National Football Player of the Year in the Fall.

Gilbert will appear with Paige Bueckers of Hopkins High School in Minnesota, the Girls’ National Athlete of the Year, on the cover of the September 2020 issue of Sports Illustrated.

We spoke with Arik on the High School Football America Podcast in December after he was named Gatorade’s National Football Player of the Year.

Gilbert, who was the nation’s No. 1 tight end college football prospect, caught 102 passes for 1,735 yards and 14 touchdowns in 2019. In addition to his on-field accomplishments, Gilbert was the founder of a campus-wide initiative called “Whisper,” which urges students to have device-free conversations and supports diversity and inclusion effort. Gilbert also volunteered on behalf of the East Atlanta Kids Club, Habitat for Humanity and March of Dimes. He also donated more than 50 hours to Marietta elementary schools and the Marietta Youth Football program.

Hometown Team: Cherokee head coach Josh Shaw looks back at Sequoyah and ahead to Rome

State Championship Time at the Dome in Georgia