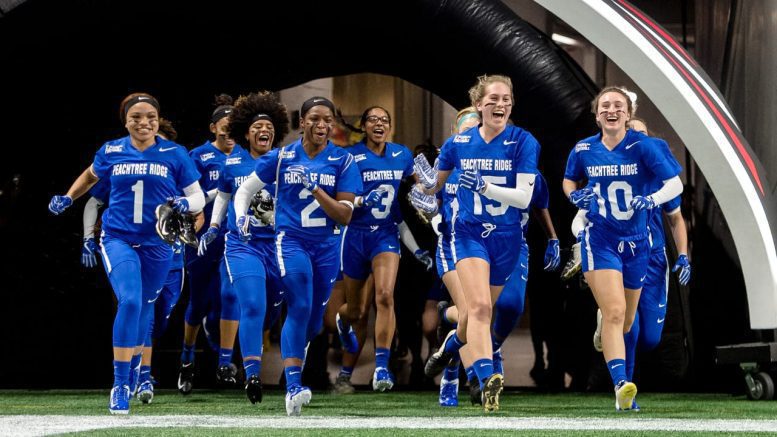 Thanks to the National Football League’s Atlanta Falcons, girls’ high school flag football is now a sanctioned sport in the State of Georgia. The announcement was made before the start of the boys’ 2019 championship games.

In 2019, 52 schools across the state participated in flag football with more than 800 girls taking the field. The road to a sanctioned sport began in 2018 when the Atlanta Falcons and the Arthur M. Blank Family Foundation agreed to partner with Gwinnett County Schools to fund the first-ever girls’ high school flag football league in Georgia.

All 19 schools in Gwinnett County participated in the 2018 season. The league was such a success that the field expanded to six counties for the 2019 season, including Cherokee, Forsyth, Gwinnett, Henry, Muscogee and Rockdale.

Georgia is the fourth state to officially sanction the sport.