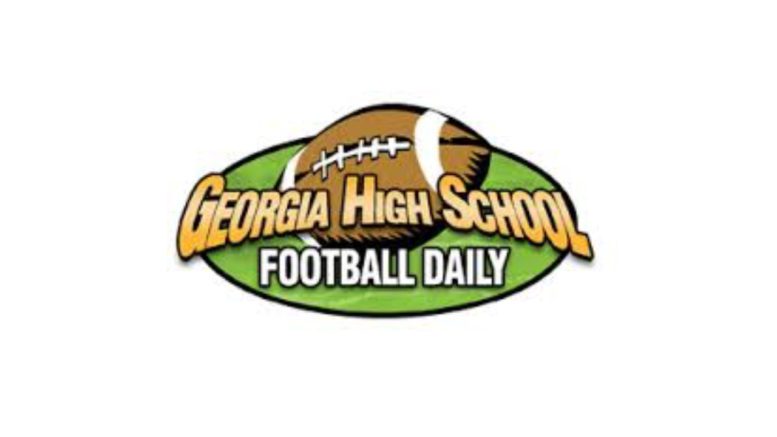 When I moved High School Football America back to Atlanta, I did so with the knowledge that high school football football across Georgia was on big up-swing. That was evidenced by the fact that twelve teams from Georgia landed in the High School Football America Preseason 100. Overall, the state enters the 2019 season ranked as the third strongest high school football state in the nation.

Related: Georgia high school football No. 3 in the nation

Thursday, I was honored to be featured in the Georgia High School Football Daily newsletter and in the Atlanta Journal Constitution’s Four Questions feature. Below you can read it. I also recommend every should subscribe to the daily newsletter than have over 20,000 subscribers. Click here to subscribe.

1. You have 12 Georgia teams in your preseason national top 100. How does that compare with other states, and what’s your assessment of Georgia high school football nationwide? “Florida leads the High School Football America Preseason 100 with 13 overall teams, followed by Georgia, which is tied with California and Texas for the second-most teams in our national rankings that are created with our proprietary algorithm. Heading into the 2019 season, according to our algorithm, overall Georgia is ranked No. 3 behind No. 1 Florida and No. 2 California. Last year, Georgia began the season ranked No. 4 overall, which means that the state is on the rise. Personally, since moving back to Georgia last year from southern California, I’m impressed with the overall talent here at every level, from 7A to 1A. Of course, my opinion is not factored into our algorithm, but from a pure fan standpoint, Georgia’s talent ranks up there with all of the top states. And when I’m talking about talent, I’m referring not only to the players, but also the coaches. I do believe that Georgia and Texas are two of the strongest public-school states because the lack of [large] private schools keeps kids in public programs, which I believe is good for the sport itself..

Random and wonderful, the hottest new vacation spot is…

“What I enjoy the most about our rankings is that we release ours before MaxPreps and USA Today. I respect a media outlet that has the guts to produce a national ranking, and I’m very proud of the fact that over the last two years, an average of 61 percent of the teams that start the season in the Top 100 have finished there.”

2. You have several interviews with Georgia coaches that are available in your podcasts. Which Georgia coach did you find most interesting to chat with, and why? “The PC answer is everyone. I truly enjoy every interview I do, especially with coaches, because I think coaching is America’s most underrated profession. I recently interviewed Gilmer’s new head coach, Kevin Saunders, who talked about taking over a program on a 30-game losing streak. To me, it’s not always about who’s winning now, but what a coaching staff is doing to change a program’s culture and turning out great young men. To answer the question directly, I had an extended interview with Rush Propst on Christmas Eve 2015 after we named Colquitt County our ‘mythical’ national champs. Rush is never at a loss for words, which makes for a great interview – whether you like him or not.”

3. Tell us about your stadium project and why you’re doing it. Which stadium in Georgia have you found the most interesting and why? “My Stadium Project is my passion, which finds me driving out of my way to snap pictures of high school football stadiums around America. Quite simply, as a fan of the movie Field of Dreams – my fiancé and High School Football America co-founder, Trish Hoffman, took me there for my 49th birthday – I really believe that high school football stadiums/fields fall into the category of magical. No matter how big or small, when I get to visit and then photograph a new high school football field, I feel like I’m returning to my childhood dream of being a sports journalist. I’ve watched high school football games in person in 19 different states and have snapped pictures of stadiums in 30 different states. Since moving back to Georgia, I’ve enjoyed checking out many, with many more to come. Hugh Mills Stadium in Albany surprised me. I love old-school, and it fit the bill. Glynn County Stadium was nice with its pine trees outside the stadium. My goal is to catch the 2020 Winnersville Classic between Valdosta-Lowndes at Bazemore-Hyder Stadium, which my friend/author Drew Jubera has told me about a couple of times on my podcast. My Field of Dreams? The next high school football stadium I visit.”

4. Why do you think you’ve made a career out of high school football? “‘My career began in Easton, Pennsylvania – home of former heavyweight boxing champ Larry Holmes, who is still a friend. The best part of my hometown, that is called the Lehigh Valley, is it has a rich history of high school sports, including high school football. When I was 14 years old, I was fortunate to be given the opportunity to become a spotter/statistician for a local radio station that did Easton (Pennsylvania) and Phillipsburg (New Jersey) high school football games. This station even aired hold-by-hold broadcasts of high school wrestling. It was a dream station. Eventually, my mentor, Dick Hammer (yes, same name as New York Jets QB Sam Darnold’s grandfather) put me on the air as a teenager. My debut was awful. He and I laugh about it to this day (he’s 85). Like any job in broadcasting, there are lots of twists and turns along the way. But, at the end of the day, it was a dream come true, because I was paid to watch games. In 2004, Trish and I decided to create a media company with the goal of telling the story of America through the lens of high school football, and that’s how High School Football America was born.”