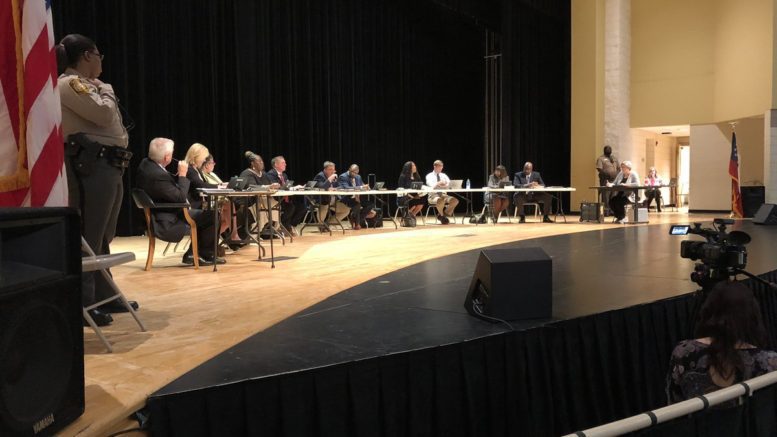 Hundreds of people showed-up in support of Rodemaker. About a dozen spoke on his behalf before Rodemaker himself addressed the board.

Coach Rodemaker is now on the podium. It looks like he will be the last public speaker. pic.twitter.com/DyBE1OwTax

Rodemaker’s legal team asked for the re-vote because it believes that the coach still hasn’t been given a reason for his dismissal.

“There wasn’t one single valid reason given by anyone in power. By anyone. No valid reason to why they took this action, especially in the face of a community that overwhelmingly supports this coach and his program. It’s a sad day in our community.”

Various media outlets have been reporting that Rodemaker’s dismissal has racial overtones, because those voting for his firing are African-American, while those supporting him are white.

Dennis says he will now go to the courts to fight for Rodemaker.