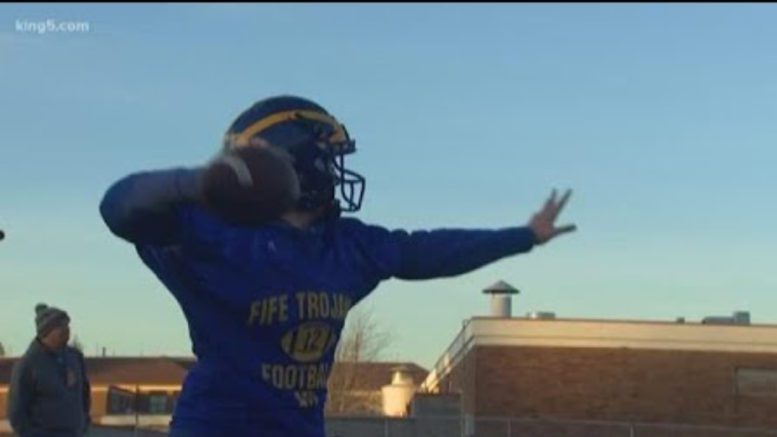 Less than a month apart, girls in California and Washington tossed touchdown passes in varsity high school football games that are believed to be the first-ever in the respect states.

According to The Mercury News, the play that resulted in Orona’s touchdown pass is called “The Little Mermaid.” Below is how the newspaper described the scoring pass that is believed to be the first touchdown pass by a female in California high school football history in a varsity game.

Lined up along the right sideline, Orona took a pitch from running back Elijah Thomas, who had taken a direct snap from the center as quarterback Ricky Anaya appeared to be changing the play.

Once she had the ball, Orona, a left-hander, ran a few steps before throwing a pass along the left sideline to Anaya, who then ran into the end zone for a touchdown that capped a 28-6 victory over Westmont.

Then last week in Washington State, Fife High School quarterback Brynna Nixon tossed a touchdown pass to Elias Faitala in the school’s Class 2A playoff win against Clover Park. Nixon entered the game when Fife’s starting QB when down with an injury.

Re-Live Friday nights on the @NFHSNetwork by watching past games on Demand. Here's the types of thing that adding a @Pixellotltd camera can do for you! Don't miss a thing! #GetEmTrojans #GoFife #InclusiveSchool pic.twitter.com/sEmpfQjF7M

If Fife starter Gabe Duenas is unable to play in this weekend’s playoff game against North Kitsap, Nixon could be the team’s starter.