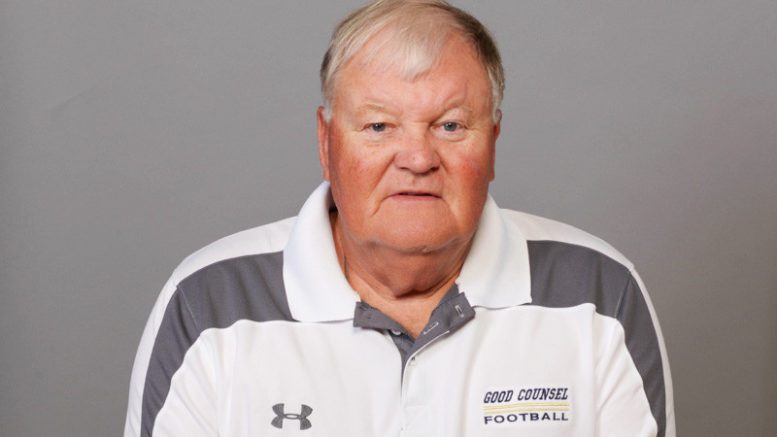 Milloy retires with 405 wins that place his No. 16 on America’s all-time wins list.  His lifetime record at Whitman, Springbrook and Sherwood was 405-124-1 with eight state championships and four consecutive Washington Catholic Athletic Conference titles with Good Counsel between 2009 and 2012.

The 73-year old Milloy won his 400th game last year. Before the 2016 season, Milloy was a guest on the High School Football America Radio Show.

Milloy spent 16 years as the head coach at Good Counsel.