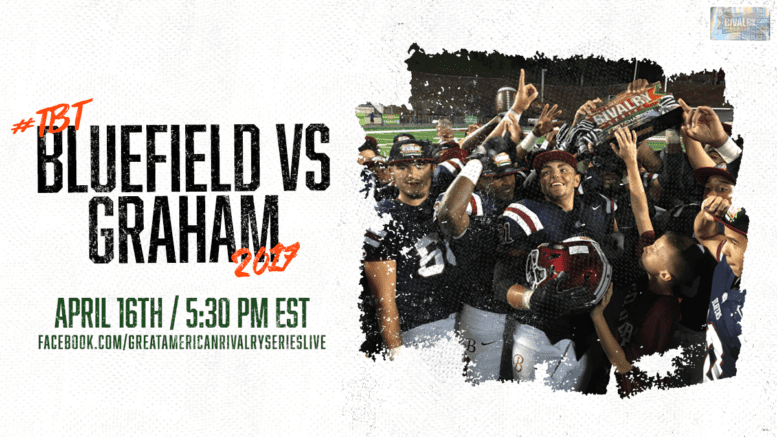 Since 1911, Bluefield High School (Bluefield, West Virginia) and Graham (Bluefield, Virginia) have been colliding on the gridiron in an annual border war known as the Battle of the Bluefields.

Thursday night at 5:30 P.M. Eastern Time, our friends at the Great American Rivalry Series will be re-airing the 2017 game between the Beavers and the G-Men with a 2020 twist. I’ll be joining the Great America Rivalry broadcast team to celebrate our new partnership. In addition, the broadcast will include coaches and former players joining in on the fun.

You be able to watch the broadcast LIVE by clicking here

The game is played at Mitchell Stadium on the campus of Bluefield College in West Virginia.

Both programs have a long history of success. Bluefield has played in the last three West Virginia AA state championships, winning in the title in 2017. The Beavers own 11 state titles.