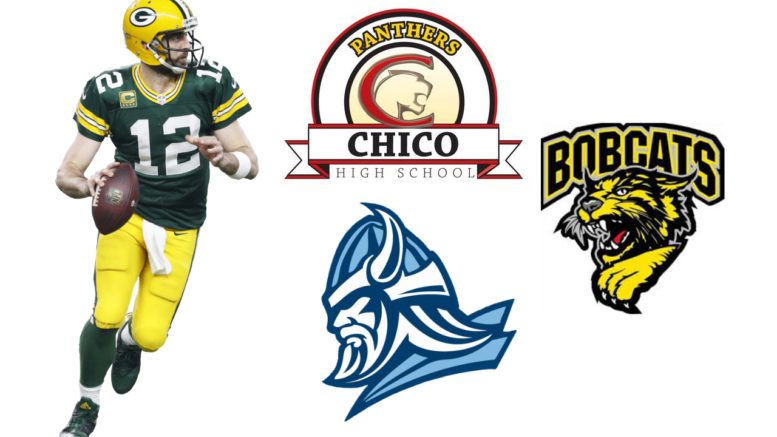 The community of Paradise was devastated during a massive wildfire last fall.

Rodgers was an under-sized, two-year starter for Pleasant Valley where he threw for over 4,400 as a junior and senior. He wasn’t recruited out of high school, so he attended Butte College where he caught the eye of then Cal head coach Jeff Tedford.

Under Tedford, Rodgers grew into a first round pick by the Packers in the 2005 NFL Draft.

In a release from the Aaron Rodgers Foundation, the future Hall of Fame QB said, “For me, this is a chance to step up and support the community where I was born and raised. I chose to invest in VICIS because of their ultimate commitment to player protection. These kids deserve the best, and I’m happy to play a small role in outfitting them with the safest helmets.”