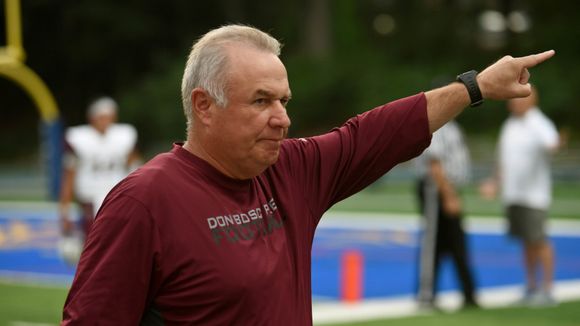 In a news release, Don Bosco principal Robert Fazio said, “We are grateful for the many years of expertise and service that Greg Toal has dedicated to the football program at Don Bosco Prep.  He has helped the school to become nationally recognized for our strong winning program while competing with some of the top high school football teams in the country. Coach Toal has not only elevated the Don Bosco Prep football program, but also New Jersey high school football to the national recognized playing field.  We are extremely grateful for his years of dedication and significant contribution to Don Bosco Prep.”

“Mike Teel is the right man for the job as the head coach to follow in the footsteps of Greg Toal, who was his high school coach from 1999 to 2003,” said Don Bosco Prep athletic director Brian McAleer in the released statement Thursday morning. “He will carry forward well the legacy of singular accomplishment and success that Coach Toal leaves behind.”