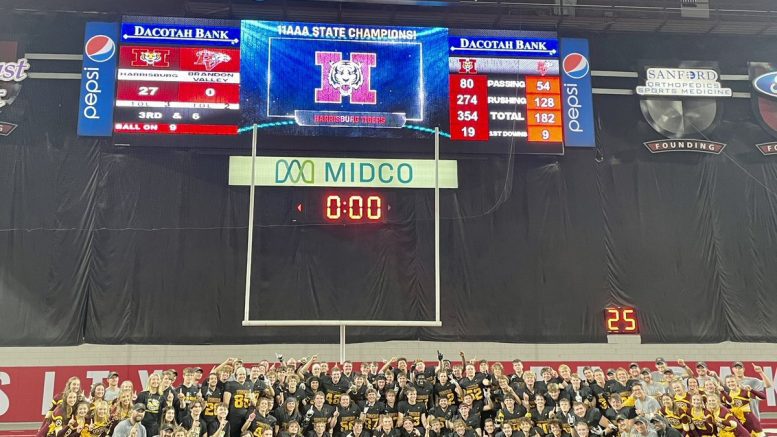 Madison captured its fourth state title since 2015 last week. Check out PHOTOS from an all Bulldog showdown in the 11A championship #sdpreps – https://t.co/QAl6lps1nq pic.twitter.com/re9tJUs48D

Leading the way for Harrisburg was quarterback Jacob Knuth, who finished 80-yards passing and one touchdown. He also ran for two scores.

Jacob Knuth with the quarterback keeper, and the Tigers are on the board first. #SDFootball21 pic.twitter.com/XfFLj0KguJ

Tigers’ running back Gavin Ross rushed for 224yards and a touchdown.

Gavin Ross turned a short gain into a massive one for the Tigers. Harrisburg is in business. #SDFootball21 pic.twitter.com/YQb2UQqu3c

Harrisburg entered the game ranked No. 1 in the High School Football America South Dakota Top 5 powered by NFL Play Football. Brandon Valley was No. 2 coming into the contest at the DakotaDome.