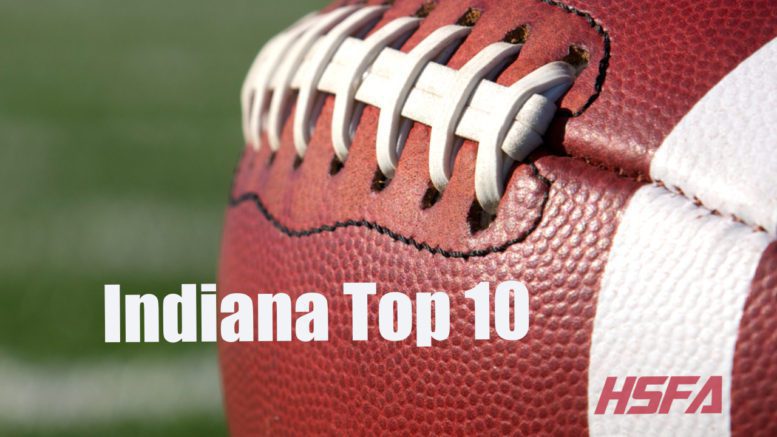 Barring a major upset next week against Kentucky’s Bowling Green, Warren Central will finish the regular season at No. 1 in the High School Football America Indiana Top 10. However, we all know that the postseason can snatch that ranking quickly when the Warriors try to beat a lot of familiar foes from the Metropolitan Interscholastic Conference for a second time in the 6A playoffs..

The Warriors won the MIC with its win over Carmel Friday night. Their first round playoff opponent will be Lawrence North. A first round win means WC will play the Ben Davis vs. Lawrence Central winner.

Zionsville’s 32-29 upset of former No. 3 Avon shakes-up this week’s rankings that are created with our proprietary algorithm. Avon, who could get a second shot at No. 2 Brownsburg in the second round of the 6A playoffs, tumbles to No. 8. Brownsburg beat Avon 21-7 during the regular season.

This week’s big game will pit No. 4 Center Grove taking on No. 10 Cathedral