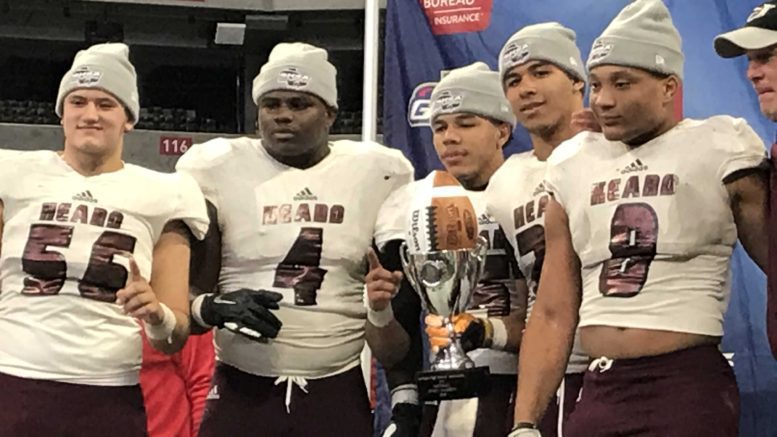 Heard County got revenge and a state championship in the process on Wednesday at Mercedes Benz Stadium. The Braves reversed a 33-0 regular season loss to Rockmart with a 27-6 win over Yellowjackets to win the Georgia 2A state championship.

The state title is the first for Heard County. The Braves were led by Tennessee verbal commit Aaron Beasley, who ran for 147 yards and two scores.