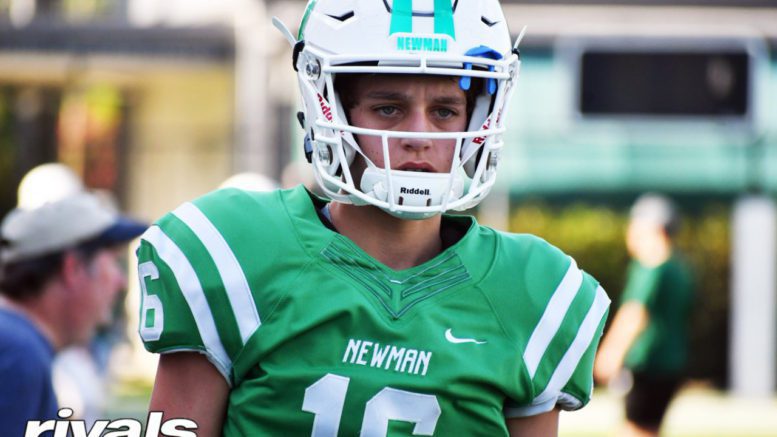 No pressure here…his last name is Manning; he’s 13-years old; his grandfather is Archie; and his uncles are Peyton and Eli. Now, can he live up to his surname?

On Friday, Arch Manning, the son of Cooper Manning, participated in the varsity football spring game at the Isadore Newman School (New Orleans, Louisiana) as an 8th grader. It’s the same school where his uncles played scholastically.

Arch currently stands 6-1 and on Friday against Archbishop Shaw, he threw three touchdowns. He doesn’t have any collegiate offers yet, but that will probably change pretty soon.

Arch Manning made his debut for the Newman varsity last night against Shaw. Manning threw 3 TD's in the contest, two caught by @Jmsj_1. The 6'1" QB will be a freshman this fall for the Greenies. @FOX8NOLA pic.twitter.com/wdieQLZZ9p

The 6-foot, 160-pound freshman QB just played his first spring game + threw 3 TD. Must be in the DNA? His grandfather, Archie + father, Cooper, were in the stands