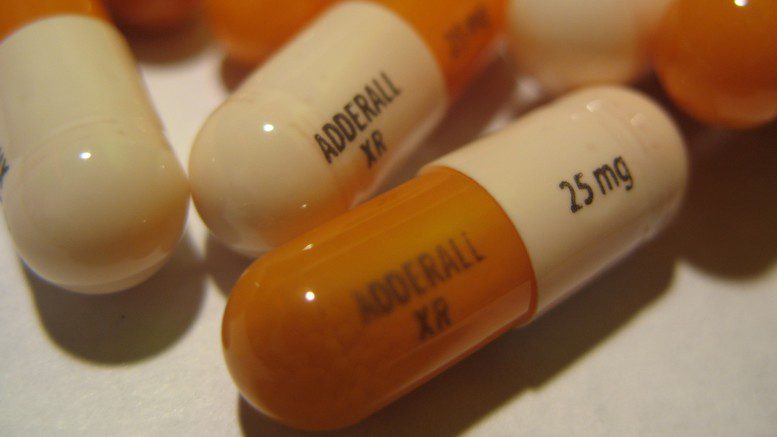 the brain injuries suffered by two Union Mine High School (El Dorado, California) JV players during a game last Friday against Foothill High School. One of those players, Nick Brown, remains in critical condition after

A 17-year old teenager, who attends Union Mine HS, has been arrested for possession and distribution of narcotics, specifically Adderall. In light of the incidents, High School Football America asked experts if players are taking Adderall out of the classroom and onto the field to improve their performance, and if they are, is there additional risk? It should be noted that Adderall is an academic PED (Performance Enhancing Drug) used to enhance a student’s ability to focus while studying.

Dr. Chris Koutures, a Pediatric and Sports Medicine Specialist in Orange County, California told us, “Theoretically you could say yes, Adderall can put an athlete at increased risk when using it during a game, because it may increase blood pressure in users, but there haven’t been studies to confirm that.”

He added, “It’s important to remember that PED’s aren’t just for athletics, they aid in educational performance, so a player may take it due to having ADD (Attention Deficit Disorder) to help with their school work and could still be in their system at game time. There isn’t anything illegal about that unless players are buying the drug on the street and not prescribed by their physician.”

“Adderall is a first cousin of meth and other amphetamines,” said Los Angeles-based medical psychologist, Dr. Ralph Diner who has worked with high school, college and semi-pro athletes who have taken Adderall. “Each and everyone had to pay the piper at some point. Their relationships fell apart, or their inner life was sorely distorted by over use of an amphetamine. They became, exhausted, depressed, angry, and too thin to support their endeavor. Most had elevated blood pressure and one ended up with an enlarged heart. Fortunately, no one I worked with had a heart attack or stroke – though those are potential side effects of amphetamine abuse. So are hallucinations.”

So it begs the question – how much is too much?

“Doctor’s prescribe the highest dose that helps the patient with low or no side effects and every case is different based upon a patient’s needs,” said Dr. Koutures. “And just like football has coaches, it takes a team of individuals to manage a student taking Adderall. That team includes the student’s family physician, teachers, psychologist and the student’s parents, who must all be on the same page to achieve optimum results for the child being treated.”

“Adderall should be used in a broadly inclusive treatment plan after the appropriate work up has been done to determine the true diagnosis,” said Dr. Diner. “I recommend that people, who suspect their child has ADD, in any form, find a specialist to administer the T.O.V.A. exam – Test of Variables of Attention. The test takes under a half hour and is 84-90% accurate in the diagnosis of the three subtypes of ADD. Then carefully, identify the interventions best suited for your child.”

Like most drugs, Adderall has side effects that need to be monitored, according to Koutures. Some patients become hyper-alert while others get very mellow. Some have a hard time calming down and some feel great and then crash.

Neither Lt. Tom Murdoch of the El Dorado Sheriff’s Department in Placerville, California, nor Nancy Turner, spokesperson for Sutter Roseville Medical Center can confirm if Adderall was in either players’ system at the time of their collapse. That information will have to come from a toxicology report.

Lt. Murdoch has released a statement saying that the 17 year-old male, who was arrested did provide Adderall to another student at Union Mine High School. Officials are also investigating the possibility of additional dealers on campus.

Poll question: Should all of high school football switch to a 40-second play clock?