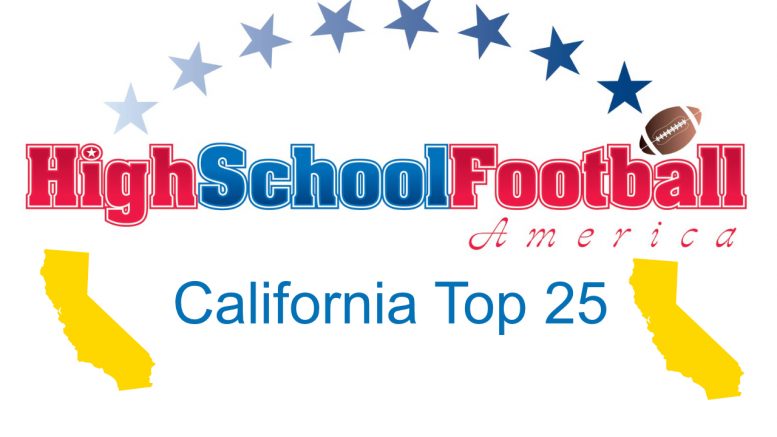 It’s no surprise that the High School Football America California Preseason Top 25 that is created with our proprietary algorithm looks a lot like our Preseason Southern California Top 25.  The fact of the matter is, the balance of power is in the southern part of the state.

Only, De La Salle at No. 4 interrupts the run CIF Southern Section powers St. John Bosco (No. 1), Mater Dei (No. 2) and Corona Centennial (No. 3) at the top.  Nine of the Top 10 teams hail from the CIF-SS or LA City Section.

Helix checks-in at No. 11 with Carson Davis back at quarterback behind a seasoned offensive line.  The Highlanders open with a tough schedule with an opener against Utah No. 10 Herriman, followed by match-ups against SoCal Top 25 No. 24 Paraclete, No. 16 Cathedral Catholic and No. 25 St. Augustine.

St. Mary’s from Stockton is ranked No. 12, coming-up a runner-up finish in the CIF Division IA championship game to Cathedral Catholic.  The Rams have to replace Jake Dunniway, but return running back Dusty Frampton, who ran for over 2,300 yards last year with 42 touchdowns.

No. 15 Pittsburg will find-out quickly if it can hang with the big boys in the southern part of the state.  The Pirates open Friday against No. 3 Corona Centennial, which is also ranked No. 10 in the High School Football America Top 100.

Defending CIF Division IA champ Cathedral Catholic checks-in at No. 16.  The Dons have to replace quarterback Tate Haynes, but they do have running back Shawn Poma back after rushing for over 1,300 yards last year.

Our first in-season Top 25 will be released on Monday.