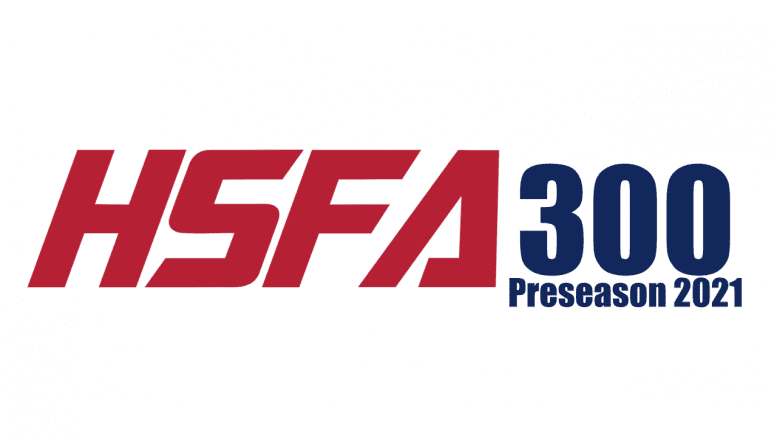 As we always do at this time of year, we’ve been inputting as much info as we can into our proprietary algorithm to create the list of the top 300 teams in the nation, at this point. The last three words are important, because some teams still haven’t rounded-out their schedules for 2021.

This is the ninth year our algorithm is being used to create our national rankings.

We release our top-ranked preseason teams for the fans to get the excitement rolling. However, as High School Football America co-founders Jeff Fisher and Trish Hoffman always point-out, the algorithm is designed to analyze the on-field results. So, until the games start being played, this is HSFA’s way of giving fans a sneak peak into the season ahead.

Remember, a lot can happen between now and the start of the regular season.

Call this list your appetizer leading-up the the release of the Preseason High School Football America 100.

Leading the way on this massive list is Florida with a total of 53 teams. At the head of those 53 is defending High School Football America “mythical” national champ IMG Academy, which is still searching for a new head coach after Bobby Acosta took the head coaching job at Del Valle in Austin, Texas.

Right behind Florida is the Lone Star State. Texas has 49 teams in the Top 300, followed by California with 40. Georgia has the fourth most teams with 25.

In all, 28 states, plus the District of Columbia, are represented in this preliminary release.