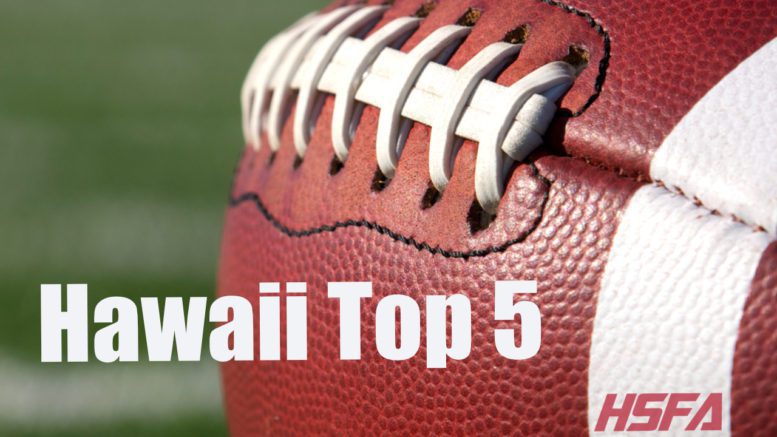 Two-time defending Open Division champ Saint Louis, which won its 16th straight game Friday night, remains No 1 in the HSFA Hawaii Top 5. The Crusaders will be tested this week when they face California-power Narbonne.

Saint Louis is currently ranked No. 72 in our national rankings, while Narbonne is No. 76.

Kahuku closed the gap on Saint Louis with an impressive win over No. 3 Punahou Saturday night. The loss drops Punahou to No. 4 this week.

Mililani moves up one to No. 3 after easily defeating former No. 5 Farrington 57-15. New to the rankings this week is Campbell at No. 5. This week, the Sabers will play Farrington, which dropped out of the rankings after the loss to Mililani.