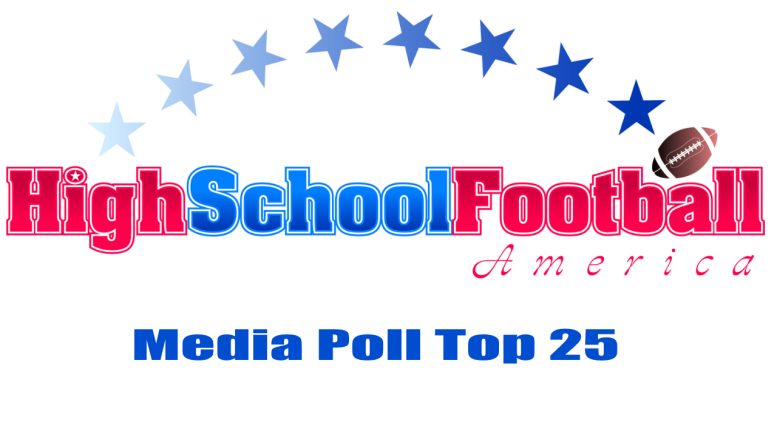 The poll awards points to a team on the basis of its ranking in each poll. For example, the No. 1 team receives 25 points, the No. 2 team receives 24 points and so forth.

Mater Dei (California), which is No. 2 in the High School Football America Top 100, is the No. 1 team in the compilation poll with 123 of 125 possible points.  The Monarchs are ranked No. 1 in the Super 25, Xcellent 25 and the Freeman rankings.

Our No. 1 St. John Bosco (California) is ranked No. 2 in the compilation poll.  In addition to our preseason No. 1, the Braves are No. 1 in the Massey Ratings.

Rounding-out the Top 10 are IMG Academy (Florida) tied at No. 3 with defending national champ Bishop Gorman (Nevada), Corona Centennial (California) is No. 5, followed by Allen (Texas) at No. 6, Chandler (Arizona) at No. 7, St. Thomas Aquinas (Florida) at No. 8, DeMatha (Maryland) at No. 9 and Grayson (Georgia) at No. 10.

We will release a new preseason compilation poll on August 17.